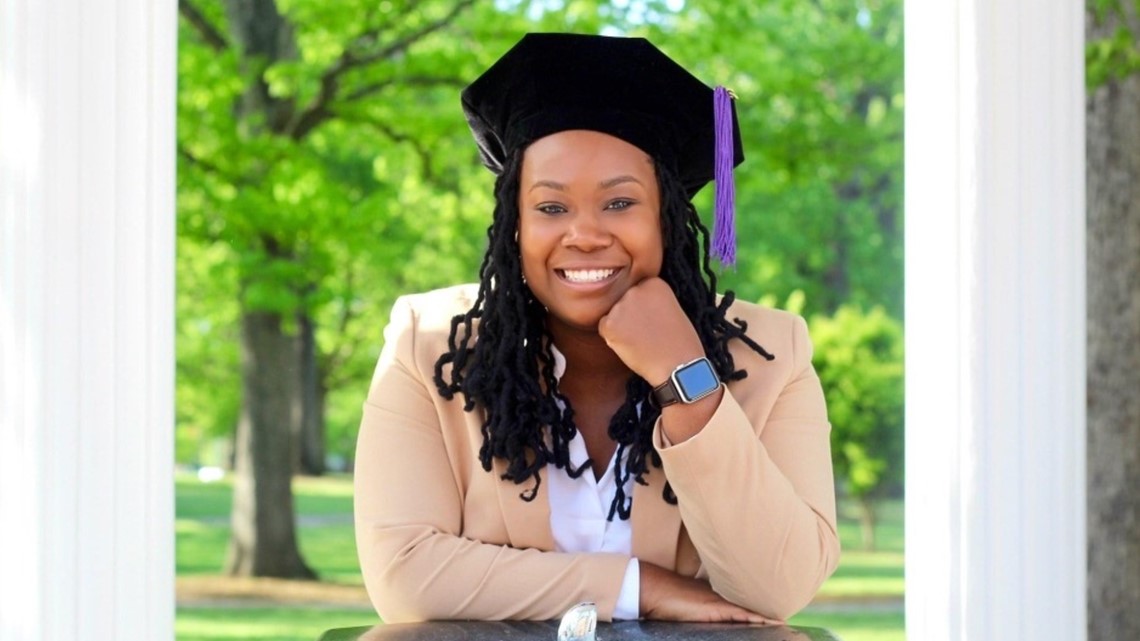 Black women in law inspired by a Supreme Court nominee

Ketanji Brown Jackson made history by becoming the first black woman appointed to serve on the United States Supreme Court.

TAMPA, Fla. — Brittainy Joyner knew she wanted to be a lawyer at a young age. She was in high school and a teacher said, I think you would make a good lawyer. Joyner said that was all he needed to join.

She is still fresh in her law career at 29. She works as a commercial lawyer in Tampa. She previously worked as a prosecutor in Jacksonville, Florida.

“People, whether it’s the judge, the defense attorney, the prosecutor or anyone else in the courtroom have to make recommendations and even give people a second chance, that’s all to have a diverse justice system and having diverse players in the courtroom,” Joyner said.

Even though Joyner was recruited to work in the Jacksonville district attorney’s office after finishing law school at the University of North Carolina, she still faced unconscious biases, such as when other attorneys or a judge have taken for an accused or a visitor to the court.

“At the time I played it cool, but later it was hard, it was hard to think like, I have a suit, I’m sitting at the prosecutor’s table, but yet, I have when even been called a defendant,” she said.

These experiences and the pressure she feels to represent and inspire all black women haven’t stopped Joyner from pursuing her dreams and building her own legacy. Watching Ketanji Brown Jackson’s confirmation hearing adds a whole new level of inspiration.

“I’m very inspired by her. Not only is she well qualified, she has a solid record, but she looks like me and we’ve never had anyone in the nomination process who looks like me.”

Justice Ketanji Brown Jackson was formally nominated to the Supreme Court last month, making her the first black woman chosen to have the chance to serve on the nation’s highest court. Confirmation hearings for Judge Jackson in the Senate began on Monday.

Judge Jackson has a whole cheer squad of future attorneys on his way to Washington, DC later this week.

Deja Gordon is president of the Black Law Students Association at Stetson Law. Although she will not be traveling to DC due to her workload, she is supporting other chapter members across the country as they witness this historic moment.

“She’s going to be able to show black lawyers, black women, black children that occupying this space is a possibility for us, no matter where we come from,” said Gordon, who is in her final year at Stetson University College of Law.

According to the latest ABA Profile of the Profession 2021 report, only 4.7% of lawyers are black.