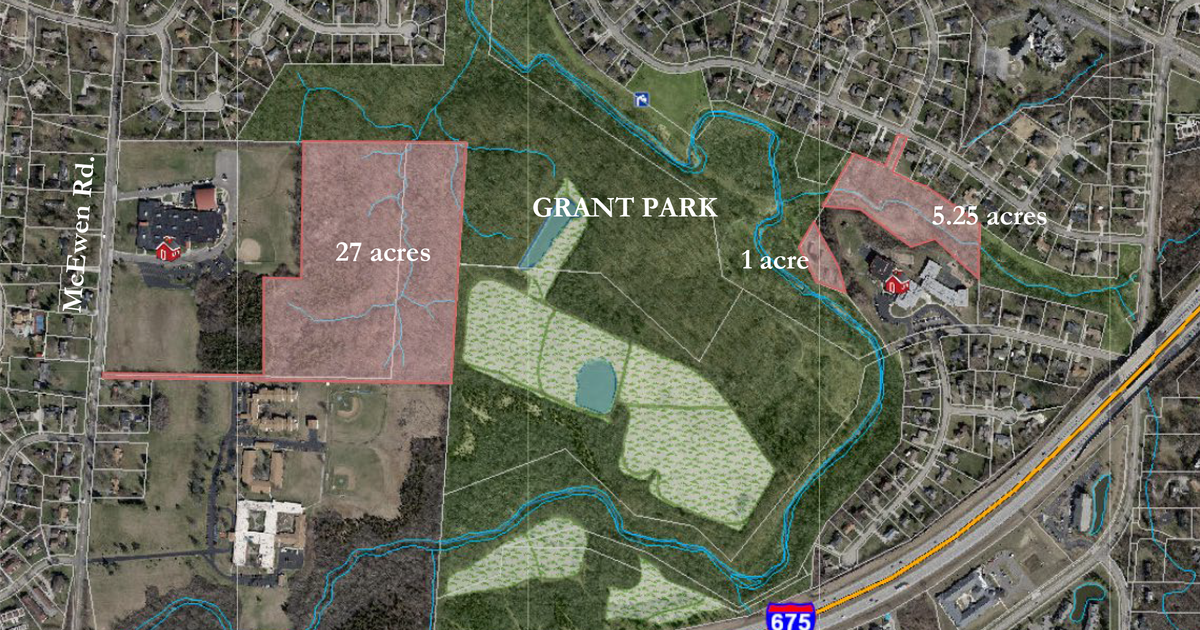 The CWPD received a grant of up to $613,032 to fund the purchase of the land, which requires local input, so 75% of the property’s $555,000 cost ($416,250) will be funded by the The Clean Ohio Fund Greenspace Conservation Program, which helps fund the preservation of green spaces, sensitive ecological areas and river corridors. The remaining 25% ($138,750) will be paid for by the park district land acquisition fund, Marks said.

“The overwhelming majority of community members stressed the importance of preserving natural areas, improving trails and access, and expanding educational opportunities,” she said. “The grant-funded purchase will allow the park district to preserve, in perpetuity, green space as quality habitat and to maintain and improve the hiking trails that connect both the network of existing Grant Park trails, as well as surrounding neighborhoods and schools.

“In addition to easy access to recreational and educational opportunities through nearby neighborhoods and schools, the quality attributes of this green space will also enrich the year-round programming offered by the park district,” Marks said.

Acquiring the property will also ensure the protection of important biological communities specific to the Hole’s Creek Corridor, she said.

Through the grant application process, the Park District received additional funds to provide cleanup and safety along the trails, including invasive species removal, dead tree removal, improved access and other improvements, she said. Funds for site improvements are an estimate based on costs from similar past projects, Marks said.

However, CWPD may or may not spend whatever it has estimated on improving the site, Marks said.

ExploreThe next Centerville mural will be painted on a restaurant

The CWPD said it plans to officially close the ground later this fall. The transaction would Grant Park largest park in the district shared by Centerville and Washington Twp., exceeding 194 acres Bill Yeck Parkofficials said.

The land purchased by the Park District is a steep hillside area behind the two schools, Centerville School District officials said recently. The district would not be able to build anything on this land, but it can be used for trails and other park-related features.

The sale of the land is “a win” for the community and an example of the partnership the school district has with CWPD, according to Centerville City Schools Superintendent Jon Wesney.