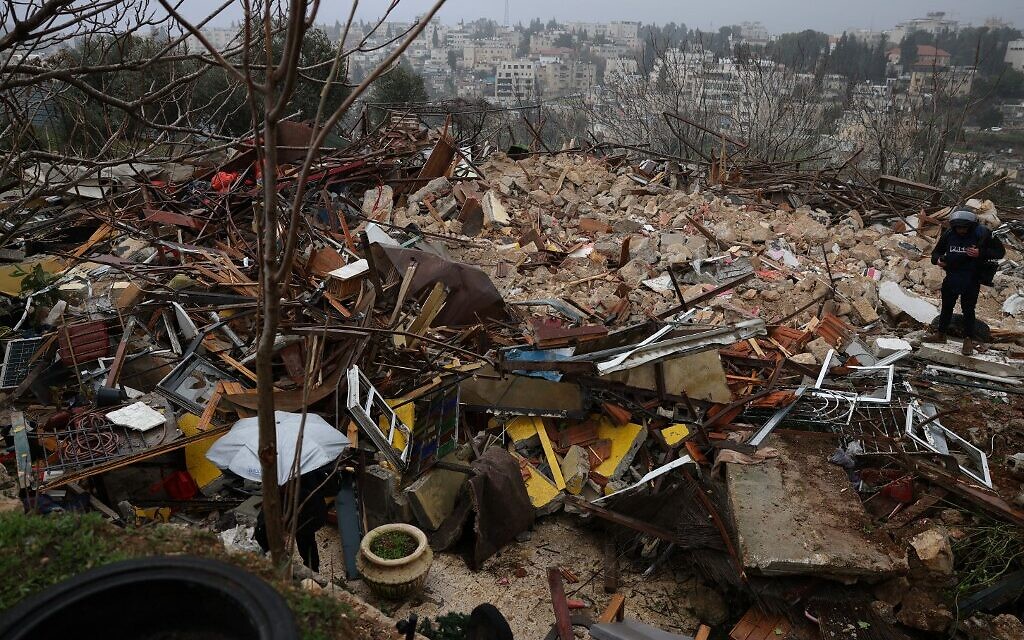 The European Union and four major European countries issued statements on Wednesday evening condemning Israel for new housing projects in Jerusalem and the eviction of a Palestinian family in Sheikh Jarrah, in the east of the capital.

A statement from the EU spokesperson’s office said the evictions of Palestinian families “present the risk of fueling tensions on the ground and contributing to the worrying trend of increasing numbers of demolitions and evictions.” in the West Bank, including East Jerusalem”.

The EU also urged Israel not to pursue a plan to build a new 1,465-unit neighborhood in the capital, half of which would be in the disputed area above the ceasefire line in 1948.

“Settlement expansion, demolitions and evictions are illegal under international law,” the statement read. “They heighten tensions, threaten the viability of the two-state solution and diminish the prospects for a lasting peace.”

The foreign ministries of France, Germany, Spain and Italy issued a separate statement, saying that the planned construction, between the neighborhoods of Givat Hamatos and Har Homa, “directly threatens the viability of a future Palestinian state”.

“Israeli settlements clearly violate international law and stand in the way of a just, lasting and comprehensive peace between Israelis and Palestinians,” he continued.

Map showing Jerusalem’s proposed Lower Aqueduct neighborhood, half of which would be in East Jerusalem, making it controversial. (Peace Now)

European countries also expressed deep concern over the evictions from Sheikh Jarrah and urged Israel to put a permanent end to the evictions and demolitions.

Before dawn on Wednesday, Israeli police evicted the Salihiya family and demolished their home in Sheikh Jarrah, arresting 18 Palestinians and Israeli activists at the scene.

Jerusalem City Hall announced plans to build a special school for Palestinian residents of the neighborhood on the land, as well as six kindergartens and other public facilities.

It was the first eviction in Sheikh Jarrah since 2017. Eviction battles in the neighborhood in May were a major factor in tensions that sparked a brief conflict between Israel and Hamas terrorists, who threatened to use to violence if the Palestinians were to be driven from their homes.

The US envoy to the United Nations also expressed concern over the expulsions on Wednesday during a monthly meeting of the Security Council on the Israeli-Palestinian conflict. 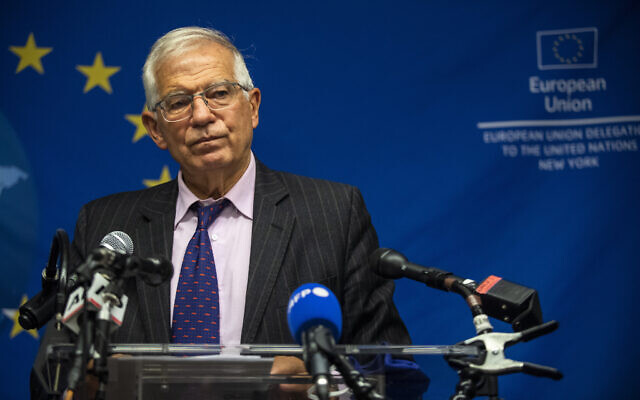 According to Hassan-Nahoum, the house – owned by the Salihya family – was built illegally in the 1990s. The Salihiyas dispute this, claiming to have lived there since the 1950s on land purchased from private Arab owners.

In 2017, the Jerusalem municipality announced it would expropriate the property to build a school, sparking a legal battle with the Salihiya family. A Jerusalem court last year ruled in favor of the city, although the family continued to challenge the eviction.

Sheikh Jarrah, parts of which were historically known in Hebrew as Shimon Hatzadik or Nahalat Shimon, has become one of Jerusalem’s most strained neighborhoods. The Palestinians live alongside a small group of right-wing Jewish nationalists who moved in following complex legal property cases.

According to the left-leaning nonprofit Ir Amim, some 300 Palestinians are currently facing deportation in Sheikh Jarrah, mostly over private cases filed by right-wing Jewish groups.

Aaron Boxerman contributed to this report.

If so, we have a request.

Every day, our journalists aim to keep you up to date with the most important developments that deserve your attention. Millions of people rely on ToI for fast, fair and free coverage of Israel and the Jewish world.

We care about Israel – and we know you do too. So today we have a question: show your appreciation for our work by join the Times of Israel communityan exclusive group for readers like you who appreciate and financially support our work.

You are a dedicated reader

We’re really glad you read X Articles from The Times of Israel over the past month.

That’s why we started The Times of Israel ten years ago – to provide discerning readers like you with must-read coverage of Israel and the Jewish world.

So now we have a request. Unlike other media, we don’t have a paywall in place. But since the journalism we do is expensive, we invite readers to whom The Times of Israel has become important to help support our work by joining The Times of Israel community.

For just $6 a month, you can help support our quality journalism while benefiting from The Times of Israel WITHOUT ADVERTISINGas well as access Exclusive Content only available to members of the Times of Israel community.

Thank you,
David Horovitz, founding editor of The Times of Israel