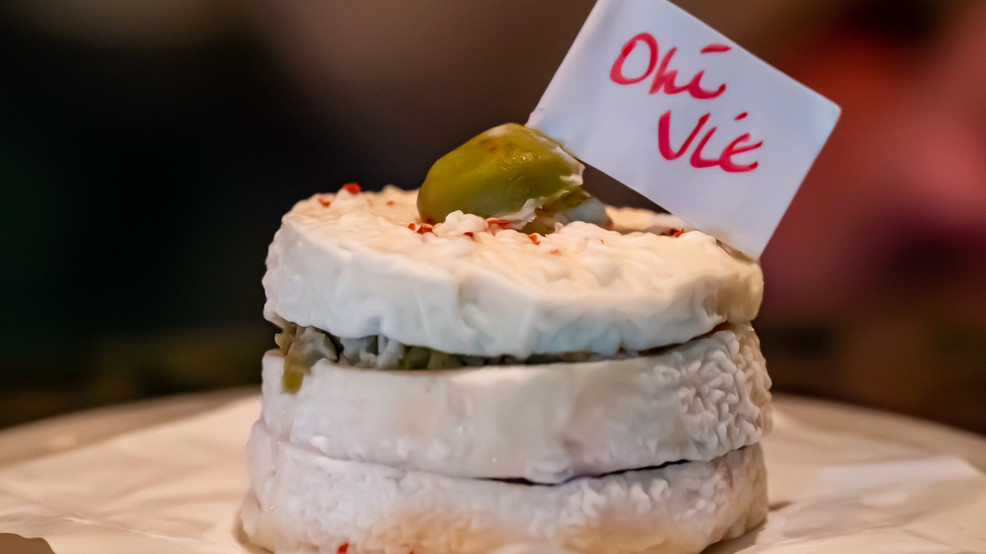 Mother Nature keeps us on our toes in the spring in the Pacific Northwest. Yet a sure sign of the season is the birth of baby goats and sheep. And no one knows that better than Pierre-Louis and Joan Monteillet of Monteillet Fromagerie, a quaint artisan farm located on the east side of our beautiful state in Dayton in the Walla Walla Valley.

The cheese factory is located on the banks of the Touchet River, spanning 32 acres of farmland where a dynamic combination of work and life is synthesized in a natural lightness of being.

“This art of living is an art of living,” comments Pierre-Louis as he leads us through a pasture where his 50 French Alpine goats and 50 Lacaune sheep await their evening alfalfa hay. For more than 20 years, the Monteillets have been the brains, the chefs and the pioneers of this agricultural ecosystem centered on their artisanal cheese.

where it all started

Their journey to becoming artisan cheesemakers began decades ago with a chance encounter.

It was 1978 and Joan, the daughter of a third-generation Walla Walla wheat farmer, set off for Oaxaca, Mexico to explore art and culture. Pierre-Louis also explored the region with its many ancient ruins.

A boy meets a girl, sharing an authentic Mexican dinner and some dancing in the central plaza. They exchanged addresses but went their separate ways. For Joan, that meant returning to Walla Walla where six weeks later Pierre-Louis surprised her by showing up at her place of work. He had spent the last three days hitchhiking from Texas to Walla Walla. A fairy tale story that started their odyssey of creating a life together.

The first sixteen years of their married life were spent growing wheat on the family farm just outside Walla Walla. In 2001, they embarked on a new passion and a new way of life: cheese making. The Monteillets have not stopped since.

“We are constantly evolving,” explains Pierre-Louis, reflecting over the years.

All cheeses are made by hand using traditional techniques inspired by the region in which Pierre-Louis grew up, the Roquefort region of France.

The cheese itself is a nice combination of melt-in-the-mouth creaminess with just a touch of acidity. Blend of sheep’s milk (⅓) and goat’s milk (⅔).

Joan explains, “Sheep’s milk is high in fat, which gives it a luscious creaminess.”

Their goat cheese base makes a wonderful standalone spread, but also lends itself to many flavorful varieties. Try the Provençal, which is drenched in olive and truffle oil mixed with fresh rosemary from the Monteillet garden, finished with pepper berries and slices of garlic. Delicious on warm bread or as a dip. The extensive cheese selection at the fromagerie includes a Brie wheel, mozzarella, ricotta and even a few hard cheeses.

Everything on the farm is typically French. Even their guesthouse, Le Gite, which means “holiday home” in French, is no exception. A stay at this cottage-style, three-bedroom vacation home offers guests a chance to learn about an agrarian lifestyle. Wake up to stunning views of the river, then as the coffee brews, browse the fridge for fresh eggs, milk, seasonal vegetables and, of course, cheese to create a breakfast buffet. country lunch.

Reside in the gite while learning the craft of cheesemaking, as there are several one- and two-day courses offered by Joan. End the day with a complimentary cheese and wine tasting as the sun sets over the fields. And just like the wine varietals grown in the Walla Walla Valley, the cheeses from Monteillet Fromagerie capture the terroir of this region.

Pierre-Louis says, “We try to capture the taste of the land the same way Old World winemakers craft their wines.

They go together very well too.

Fromagerie Monteillet is located at 109 Ward Road in Dayton. Contact them to schedule a visit, pick up or stay at the gite.

MaryRose Denton is a freelance writer for Seattle Refined. Although the products, services, and/or accommodations in this story have been provided free of charge, the opinions they contain are those of the author and Seattle Refined editorial board.

Rightmove: Houses in the most beautiful villages in France