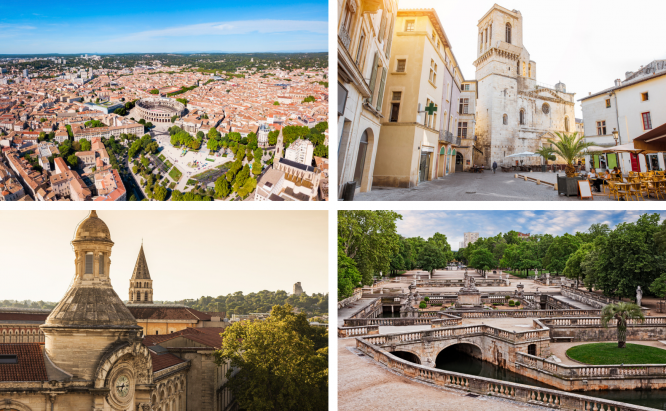 The Gard has a Mediterranean climate, with warm (except when the wind blows), humid winters and hot, dry summers.

It has also experienced, over the past 50 or so years, another typically Mediterranean feature – an ever-changing migrant population of pre-retirees in search of good weather, good food and, hopefully, the good life.

Property prices are largely dominated by this market, with prices higher near the coast and lower in the Cévennes, which stretch to the northwest.

The coastal part of the department is only 23 km long and contains the marshes, salt flats and dunes of the Camargue, as well as the jewel of a fortified village at Aigues-Mortes.

Nîmes, the prefecture, is just two and a half hours from Paris by TGV if you take the fastest train, and there are two motorways – the A9 linking Orange and Montpellier, and the A54 linking Nîmes and Arles to Marseille .

Away from the coast it is still possible to buy properties for less than €200,000, most of which are village houses without a garden. Properties under €100,000 are harder to find and may lack bathrooms or other modern conveniences.

A feature of some old stone houses in the region are the archways used to support the structure – which locals will assure you is a direct legacy from the Roman builders who flooded the region when Nimes was one of the most important cities in the country.

Tourism plays an important role in the economy – from Port-Camargue, which is one of Europe’s largest marinas, to the Cevennes hiking trails made famous by Robert Louis Stevenson and his donkey ride. Managing gites is a popular job for many young retirees moving here and as a result properties with gite potential are expensive.

French real estate watch: Could Aube be the most hidden gem in the country?