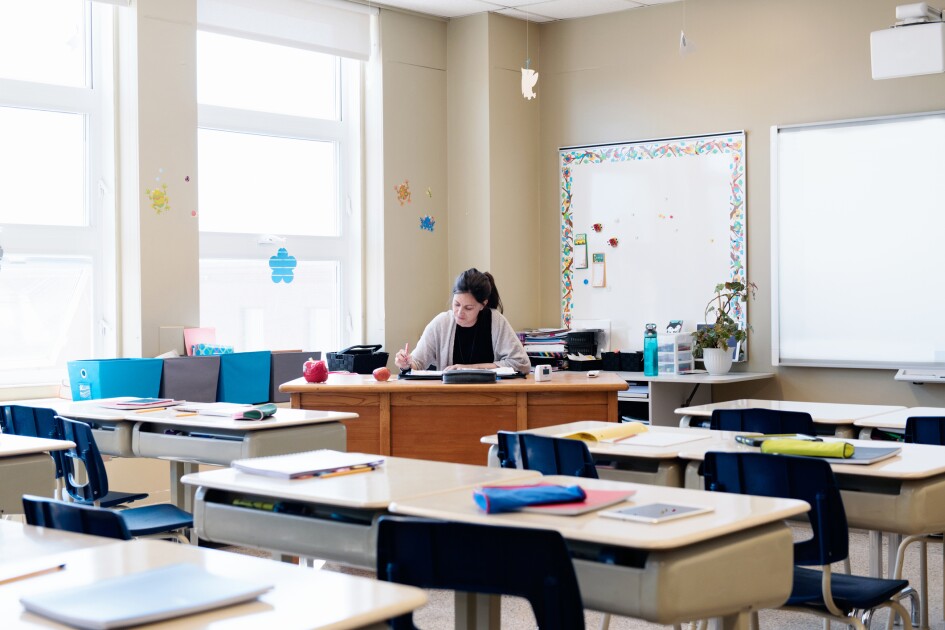 Some retired Georgia teachers could return to class full-time while collecting state pensions under a bill finally approved by the state Senate on Tuesday.

Senators voted 50 to 1 for House Bill 385, sending it to Governor Brian Kemp to sign the law. The Republican governor proposed the bill last year as part of a program to increase the number of teachers statewide.

Under the measure, teachers who have 30 years of service could return to the classroom after at least 12 months of retirement, earning both a full salary and their pension.

Districts could hire retired teachers in the three major areas of need, as designated by the state Department of Education in various regions of the state. Goodman said the state’s Professional Standards Commission, which licenses teachers, has determined that 4,000 positions are currently being filled statewide by teachers teaching outside of their designated subject area, by substitute teachers at long-term or by a person completing their degree.

The bill would be in effect for four years from July 1, with the state auditor releasing a report in 2025 on its effectiveness.

Kemp proposed the measure last year as part of a larger package to increase the number of teachers. The version approved by the Senate on Tuesday, with requirements of 30 years of service and being retired for at least one year, is narrower than Kemp originally wanted. The restrictions are meant to allay concerns from some lawmakers that a wave of teachers could double as they retire and immediately return to work.

Georgia doesn’t have such a severe teacher shortage as some other states, but experts say it’s still a problem amid declining college of education enrollment.

Currently, teachers can return to work part-time and receive up to 49% of their regular salary while receiving a pension. There are about 2,500 such teachers now, Evans said. He said any part-time pensioner who meets the other requirements would be eligible to return full-time and continue to receive their pension.

It is not known how many teachers would participate. Evans said a similar program only included about 2,000 teachers and administrators statewide about a decade ago before the state abolished it, but he said this bill was more restrictive. There are also about 2,900 teachers and administrators still working with more than 30 years of service, but Evans said not all would be eligible to retire and return.