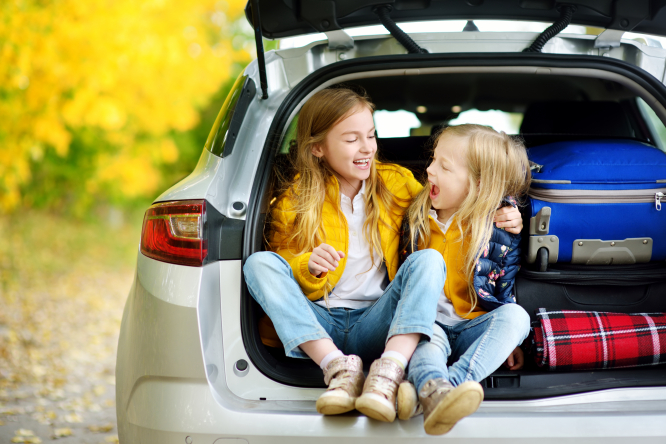 How have they been affected by inflation?

The rising cost of goods and fuel in France has had a knock-on effect on the cost of travel and holidays, with inflation hitting the prices of petrol, flights and even trains.

The majority of French people (60%) plan to go on vacation this summer, according to a Consumer Science & Analysis study for Cofidis, about the same percentage as in 2019.

However, with inflation rising more than 5% in a year, holidaymakers are tightening their belts, with 64% saying they plan to lower their budget. On average, vacationers plan to spend €1,641, which is €124 less than they said in 2019.

Transportation costs were the most affected.

Read more: Who will benefit from France’s new fuel aid for low-income drivers?

Sandra Hoibian, director of the lifestyle research body of the Research Center for the Study and Observation of Living Conditions (Crédoc) said: “The biggest holiday spend in France is on transport .

“Presumably there will be more travel closer to home and people will limit the number of places they go on vacation, in order to reduce their travel.”

Rail operator SNCF denies that its ticket prices have increased, although it uses a different method of calculation than INSEE. He also admitted that his costs could increase until 2023.

The rising cost of jet fuel has also forced airlines to pass on some rising costs to consumers.

It comes as the motorway company Vinci Autoroutes announced that from July 14 to September 15, it would reduce its rates by 10% to TOLL tolls this summer for people who top up their Ulys e-badge with holiday vouchers (holiday vouchers).

This measure was designed to help drivers manage rising costs while on the move.

In France, 4.5 million people receive holiday vouchers. These people can spend up to €250 on motorway tolls, for a maximum reduction of €25.

The cost of hotels, motels and inns increased by 17.4%, INSEE said, while organized group travel, tours and cruises also increased by 23.8%. On the other hand, the cost of holiday villages, rural lodges and campsites fell by 1%.

Laurent Duc, president of the hotel branch of the Union des métiers et des industries de l’hôtellerie (Umih), said: “In May 2021, we were emerging from a crisis where there were no customers, and our prices were rock bottom. at the lowest.

The rise in the cost of housing is also explained by the rise in energy prices.

The majority of people in France who have booked holiday accommodation have turned to rental houses or apartments, lodges, bed and breakfasts or campsites, according to INSEE data, despite the price of rentals holidays which increased by 7.2% over the year.

However, the prices of campsites have “not really increased”, Nicolas Dayot, president of the National Federation of Outdoor Hotels, told FranceInfo.

He said the industry expects to have one of the best summer seasons in “camping history.” He explained: “Compared to June 2021, we are seeing 21% more bookings in 2022. We should be heading for a record summer.”

People are also more likely to stay with friends, or a second home, rather than hotels or the like.

Ms Hoibian, from Crédoc, said: “It is not a new phenomenon, but it has been reinforced due to the health crisis.”

Inflation seems to have had less of an effect on the cost of leisure outings, such as museums, gardens and zoos. The figures show that the cost increased by 1.8% on average between May 2021 and May 2022.

The cost of concerts, theater and cinemas even fell by 0.8%, remaining relatively stable.

The cost of meals in restaurants or cafes increased by 4.3% over the same period. This is largely due to the rising cost of raw materials and products, including meat, grains and vegetables, partly due to the war in Ukraine.

Hubert Jan, president of the food department of Umih, said: “Rising prices is the only way to absorb these price increases. Restaurant owners need to be able to explain to customers why the menu has increased [in price].”

Ms Hoibian said: “Holidaymakers will of course want to find ways to have a good time without spending too much. But they’re likely to take fewer days first or stay closer to home, so they can stay relaxed and not feel too frustrated when they’re actually on vacation.

The Obs discovered the real estate of Sevil Aliyeva in France