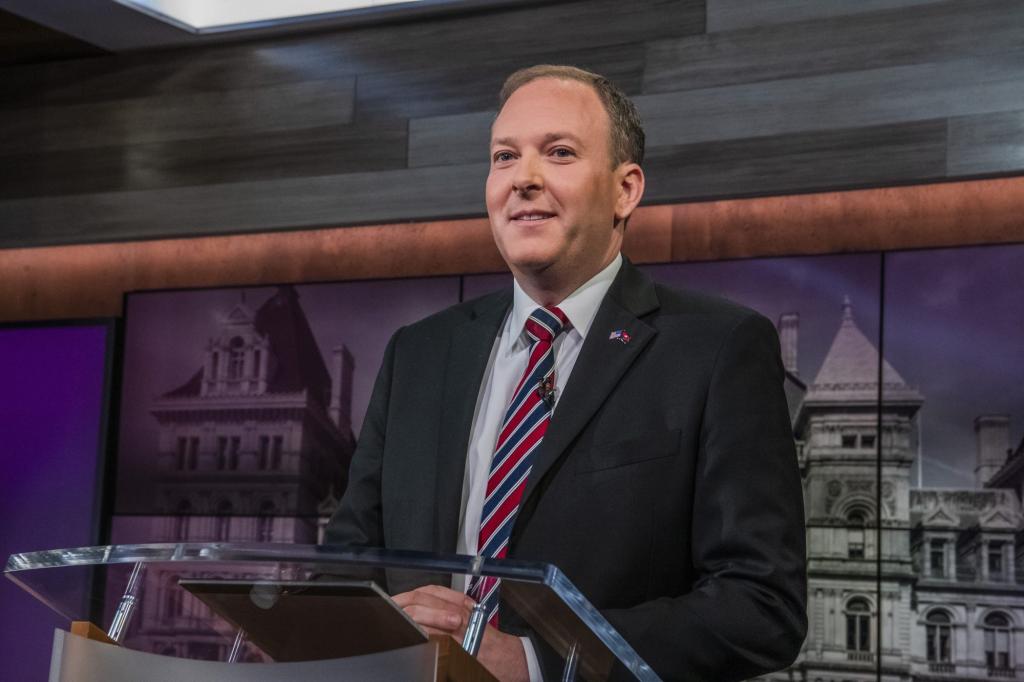 If Republicans want to save New York, they must be sure to vote for Lee Zeldin as governor

Tuesday is the last day for New Yorkers to vote in the gubernatorial primary — and the last chance for Republicans to choose someone who will finally end the state’s spiraling decline.

We believe this person is Representative Lee Zeldin, and we urge Republicans who have yet to vote to get to the polls and support him.

Let’s face it: In recent years, New Yorkers have been scrambling for the exits, fed up with rising crime, rotten schools, high costs, arbitrary mandates, runaway taxes, dangerous climate policies and so on. They are appalled by the crazed progressive views that continue to trump those of ordinary, common-sense residents.

And their deep discontent allows, for the first time in a long time, a Republican to win in November, ending the one-party rule that has led the state to a steep descent.

Among an encouraging crop of Republicans, we see Zeldin as the best choice to go the distance, end the nonsense, and reverse the decline. An Army Reserve lieutenant colonel who served in Iraq, Zeldin has already proven he can beat the Democrats when he won a state Senate seat in 2010 and a House seat in 2014. bail and give judges discretion to detain dangerous suspects. He would also fire district attorneys, like Alvin Bragg, if they refused to enforce the law.

Zeldin would limit spending, cut taxes, relax business regulations, and fix the state’s ridiculous climate policy. It would give children access to a better education by lifting the cap imposed by the teachers’ union on charter schools.

We don’t agree with him on everything, but his proven track record and fierce commitment to saving the state from misguided woke radicals make him the obvious choice.

Polling stations are open from 6 a.m. to 9 p.m. Republicans who love the state should be sure to vote for Lee Zeldin.

DAL Law Firm: Can an LLC protect my assets?