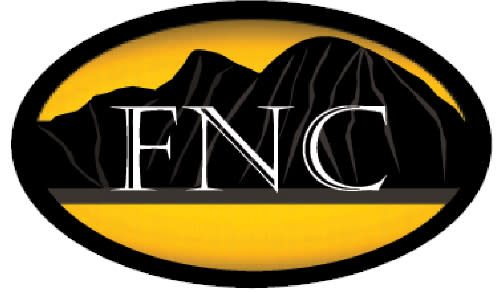 The Clinton Copper-Zinc Massive Sulphides Project was the site of shallow mining between 1973 and 1975 and has been the site of several exploration programs over the past 75 years, including airborne geophysics and drilling (mainly within 250 vertical meters).

Complex post-mineralization deformation and the lack of compilation and integration of prior data have hampered exploration on the property. Fancamp retained the services of Mira Geoscience Ltd. (“Mira”) to perform compilation, modeling and exploration targeting on its Clinton and other properties using the latest tools, including using a combination of domain expertise modeling and artificial intelligence (“IA”). This newly completed data compilation and geological modeling exercise identified the presence of two potential exhalative units delineating the Cu-Zn-precious metal mineralized horizon, which also correspond to several interpreted VTEM plate anomalies. The identification of a favorable geological horizon marker, as well as an understanding of the folds and faults on the property, will greatly facilitate the targeting of drilling for this program.

In the northern part of the property, one of the VTEM conductive plates does not appear to have been drill tested, although significant copper values â€‹â€‹were recorded in a series of drill holes located approximately 200 meters to the south (Figures 2 and 3). To test this hypothesis, a 2,500 meter drilling program is expected to begin in the first quarter of 2022. Fancamp believes that the use of Mira’s technology and innovative AI methodology will help decipher the vast amounts of data available in public records and company records. Mira’s technology is used for other targeted properties such as Harvey Hill and Stoke in the Eastern Townships of Quebec.

About the Clinton Project

The Clinton project, based on a folded and faulted bimodal volcanic sequence and harboring lenses of volcanogenic massive sulphide mineralization of copper and zinc, is located approximately 20 km southwest of the town of MÃ©gantic, immediately north of the border of Maine (Figure 1). It covers approximately 20 km of favorable stratigraphy of the Clinton River volcano-sedimentary belt. From the start of exploration at the start of the 20e century, the property has been the site of multiple exploration programs. Since 1953, some 59,694 meters of drilling in 286 holes have been completed. The property was also the site of a mining operation from 1973 to 1975 and, according to information, 122,251 tonnes were mined at an average grade of 2.08% Cu, 1.54% Zn in five lenses: A, C, E, F and O [MRNFQ Fiche de Gite 21E07-0007]. A historical resource, a non-43-101 report has been made in the past and cannot be relied on. Since its acquisition in 2010, Fancamp has conducted several drilling programs on the property. The best returned drill intersections (Fancamp program) were 1.79% Cu over 6.19 m in a 14.58 m wide zone of 1.09% Cu (Fancamp press release dated July 16, 2012), and 1.27% Cu, 1.14% Zn and 11 gpt Ag over 11 m (zone V3, Fancamp press release of October 14, 2014), and 2.78% Cu and 16.9 gpt Ag over 24, 7 m (zone V1, press release from Fancamp of October 14, 2014).

The technical information contained in this press release has been reviewed and approved by FranÃ§ois Auclair, P Geo, M.Sc., Fancamp’s, Vice-President Exploration, and is designated as a Qualified Person under National Instrument 43-101.

Fancamp is a growing Canadian mineral exploration company dedicated to its value-added strategy of advancing its priority mineral properties through exploration and innovative development. The Company owns numerous mineral resource properties in Quebec, Ontario and New Brunswick, including chromium, strategic rare earth metals, gold, zinc, titanium and more. Fancamp’s chrome properties in Northern Ontario’s coveted Ring of Fire are strategically located. Particular attention is paid to its properties in rare earth elements in Quebec. Fancamp has investments in an existing iron ore operation in the Quebec-Labrador Fosse, in addition to an investment in a zinc mine scheduled to restart in Nova Scotia. Fancamp is developing energy reduction technology with its advanced titanium extraction strategy. The Company is managed by a focused management team with decades of experience in mining, exploration and complementary technology.

Although Fancamp believes that the important factors, expectations and assumptions underlying these forward-looking statements are reasonable based on information available to it at the date on which these statements were made, no assurance can be given as to future results. of these statements.