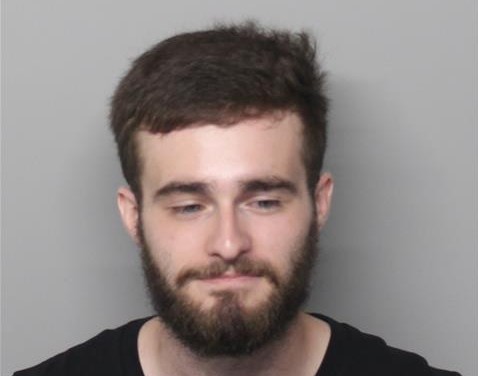 A Madison Heights man is charged with brandishing a firearm and carrying a concealed weapon following a road rage incident on Woodward Avenue last week.

Police say suspect Carson Anglebrandt, 23, was in a Ford F-150 pickup truck and was arrested after an altercation with a Royal Oak man in a Dodge Challenger.

The incident apparently happened the night before when police said one of the two drivers cut the other off in traffic while driving in Woodward.

The Royal Oak man called police on July 30 after the gun incident to report that the suspect and a man in a Dodge pickup truck had tried to lock him in the roadway. Officers encountered the royal man near Woodward and Normandy and police said they located the suspect and the other van driver near 13 Mile and Woodward.

Police confiscated a 9mm handgun from the suspect and arrested him.

Anglebrandt is free on personal bail.

The concealed weapon charge against him is a five-year felony and brandishing a firearm is a misdemeanor.

The suspect is due to appear for a probable cause hearing on August 12 at the 44th District Court in Royal Oak.

A Royal Oak man is charged with first-degree home invasion after police say he broke into a woman’s apartment and damaged property there on July 30.

The suspect is known to the woman and may be an ex-boyfriend of the woman, police said.

Police say suspect Devin Mallonee, 30, broke into the building and kicked the door to the woman’s apartment.

When the woman called 911, the suspect took and damaged her phone, police said, and also knocked over a dresser with a television on it.

The suspect exited the building when officers arrived, police said.

After a brief foot chase, Mallonee was arrested.

First-degree home invasion is a 20-year felony, and malicious destruction of property over $1,000 is a five-year felony.

Police said the suspect had previous convictions in California on multiple charges of drunk driving, trespassing and disorderly conduct.

Mallonee is jailed on $100,000 bail and faces his next hearing in the 44th District Court in Royal Oak on August 12.

Police took reports from four people in Royal Oak on Tuesday after they discovered someone had stolen the catalytic converters from their vehicles.

The robberies occurred in the same general area in the southeastern part of the city.

Ring camera surveillance during the robbery in northern Vermont showed two people with flashlights traveling in a dark-colored car.

Someone punctured all four tires of a woman’s vehicle parked in the 1000 block of South Washington Avenue.

She only realized the damage to her tires after she got into her vehicle and her car’s tire pressure light indicated low pressure.

She drove her car to a station and noticed that every tire had been cut.