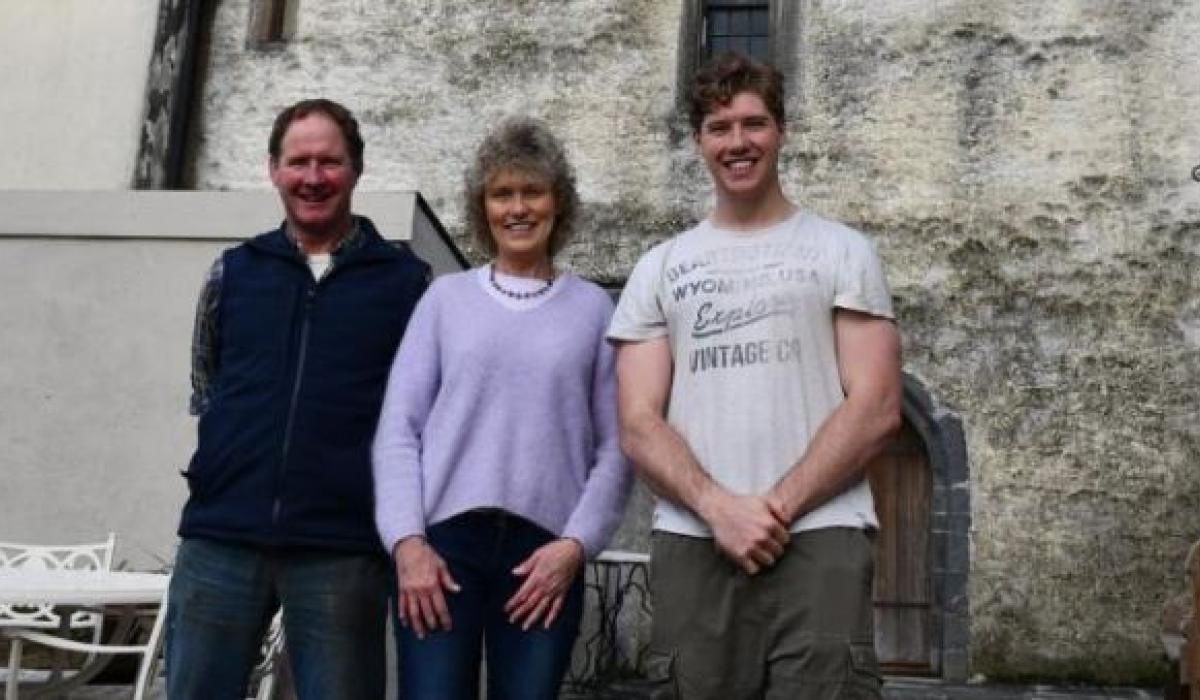 Medieval castle restored by the Kilkenny family after years of work – and now welcoming guests!

As you make your way to Tybroughney Castle on the rural roads of South Kilkenny, it’s amazing to think that the 15th century building is in better shape than ever!

The Dowley family have now spent the better part of two decades renovating the castle while remaining true to its history.
Five generations of Dowleys have been involved with the farm on the site of Tybroughney Castle.

As a farming family they have always been busy, but that hasn’t stopped them from realizing their dream of transforming Tybroughney Castle from a shell of yesteryear into luxury accommodation for guests to enjoy!

For context, Tybroughney Castle is located in South Kilkenny, on a side road midway between the three bridges and the village of Piltown.

Located on the north bank of the River Suir, it commands strategic views over a long stretch of the river valley, including parts of counties Kilkenny, Tipperary and Waterford.

There has been a human presence in Tybroughney long before the arrival of Christianity.

It has always been a coveted place to live and the quality of the land here remains a topic of discussion to this day. At the center of this oasis is Tybroughney Castle.

It is a blessed place and at the heart of it all is Tybroughney Castle. 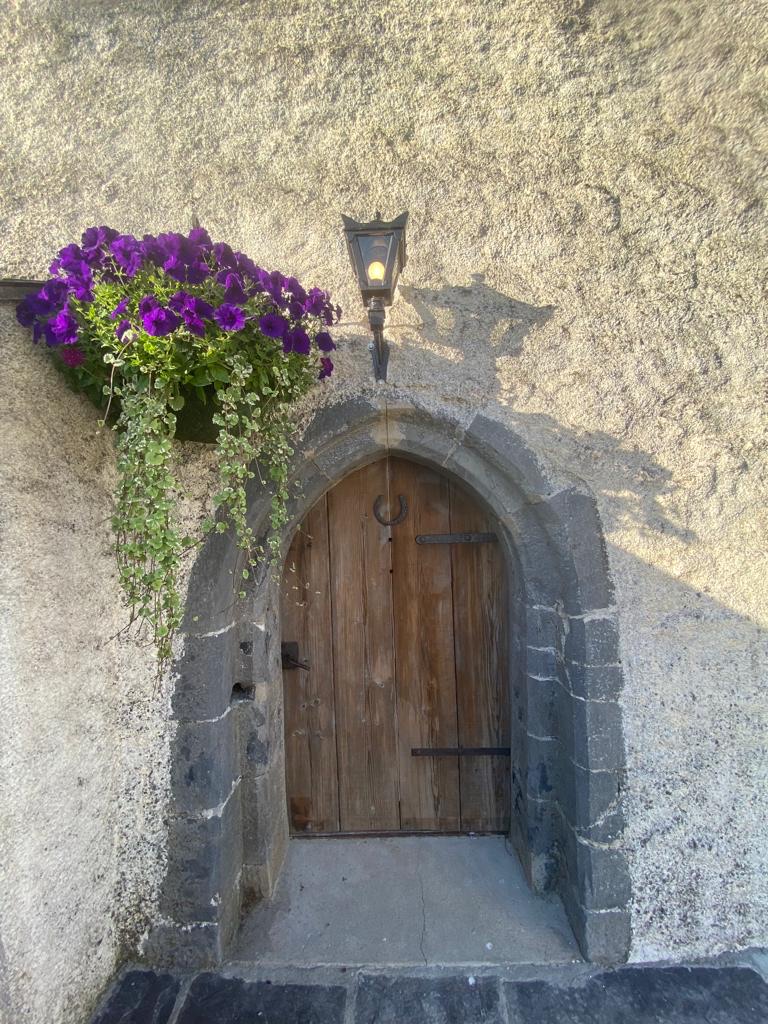 Literally translated as St Fachtna’s Well, Tybroughney is closely linked to the Butlers of Ormonde, the branch of Mountgarret, and its status has had its ups and downs with the fortunes of the Ormondes.

He was said to have been the first to introduce honey bees to Ireland.

Legend has it that during his stay at Saint David’s in Wales, he was in charge of the monastery’s bees.

When he returned to Ireland, the bees came to stay with him in the boat.

In homage to him, a modern art sculpture in the shape of a beehive can be seen on the N24.

In 1185 Prince John of England sailed with his army of 60 ships to Waterford. They went up the Suir to Tybroughney. His intention was to conquer the kingdom.

He and his fellow Anglo-Normans built a Motte-and-Bailey castle on the motte (mound) opposite the current castle.

Relatively easy to build with unskilled labor, but still militarily formidable, these castles were built across northern Europe from the 10th century, stretching from Normandy and Anjou in France to the Holy Roman Empire.

He made himself master of Dublin and Leinster and he sent parties to plunder Munster, but within the very walls of the castle his people were defeated in a great massacre by Donal O’Brien, King of Limerick.

The current castle was built around the time of the Battle of Piltown (1462).

At that time, a £10 grant was offered to any man in The Pale who wanted to build a castle!

Standing on its restored ramparts there are sweeping views of Waterford, Tipperary and Kilkenny – breathtaking scenery.

The castle dominates the landscape and looking down from here you can understand why it was so important as a border between the two provinces.

The well in the courtyard of Tybroughney Castle was discovered by the Dowley family in 2020 after 200 years of closure.

It would originally have been near the castle so that the inhabitants could have their own independent water supply in times of siege.

From the top of the castle at low tide, a large stone is visible in the center of the River Suir.

This marks the boundary of the three counties; Kilkenny, Waterford and Tipperary.

Tybroughney Castle is no longer just a converted luxury accommodation, but a destination.

Restoration of the chateau has been a long term project and recent renderings with correct lime rendering have gone a long way towards making the chateau dry and habitable.

It is fascinating to note that over the last 2000 years the water levels of the Suir tide have risen by two meters.

Even in 1185, boats had to anchor at Grannagh Castle, downstream and set out again on the rising tide before arriving at Tybroughney.

Will water levels rise another two meters over the next two millennia?

As we leave the main reception room of the chateau, below you is the new oak parquet floor which looks majestic.

Above, the 25-foot-long timber grains salvaged from a decaying mill that form the base of the floorboards supporting the first floor. 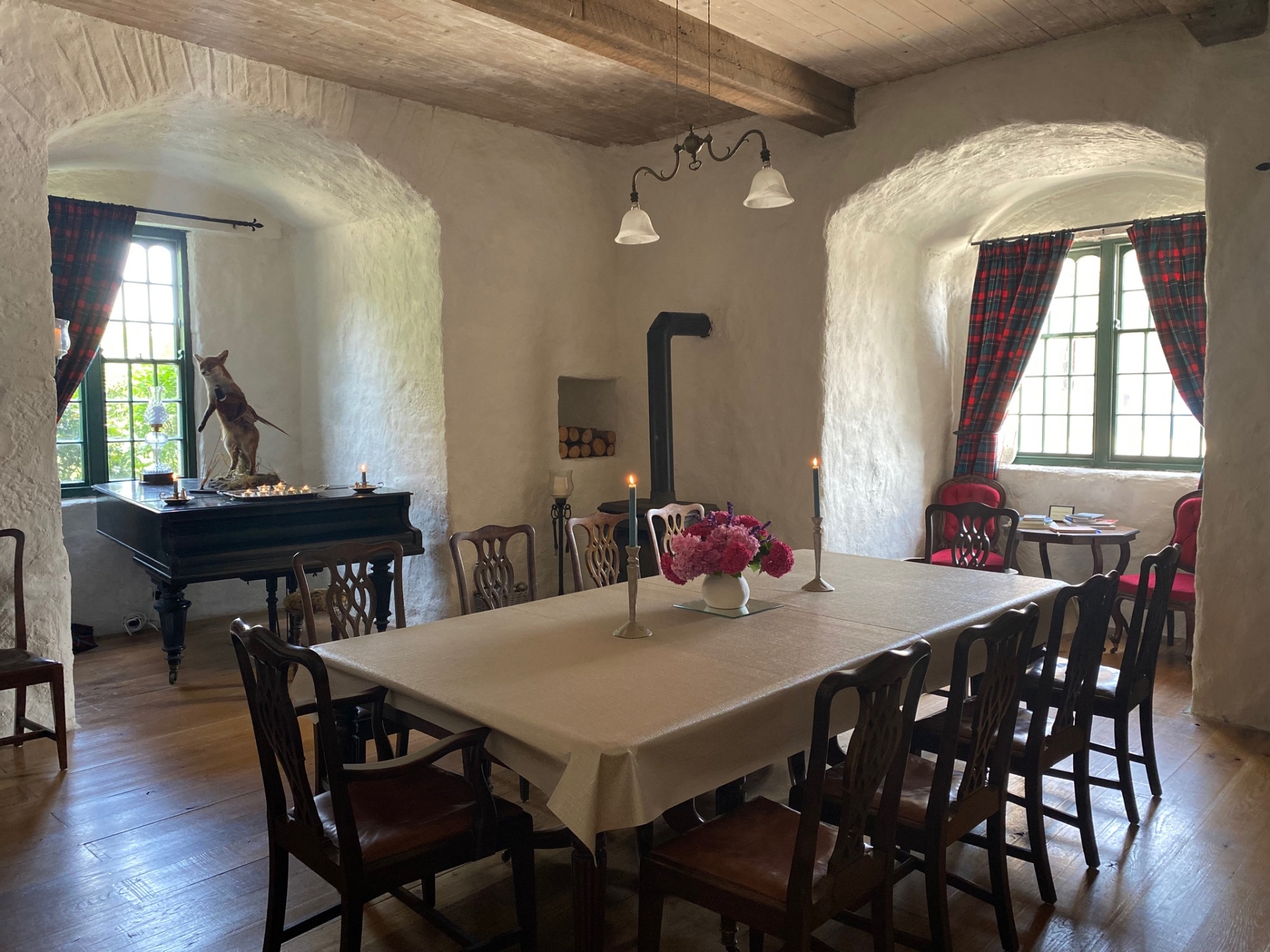 To the side is the old farmhouse dating back hundreds of years and its design is not dissimilar to the farmhouse attached to Clomantagh Castle but not as ornate.

Again we suspect that the walls of various outer defenses in Tybroughney were used to construct this house and the large number of farm buildings that surround this working dairy farm.

It is a medieval tower consisting of a ground floor banquet hall and three levels of rooms, each leading to the original spiral staircase.

On the first floor, the Queen’s Suite consists of two adjoining bedrooms, a bathroom with a super king bed and a smaller bedroom with a double bed.

On the second floor, La Suite Voûtée also consists of two communicating bedrooms, an en-suite with a large four-poster bed and a smaller bedroom with a small double bed. 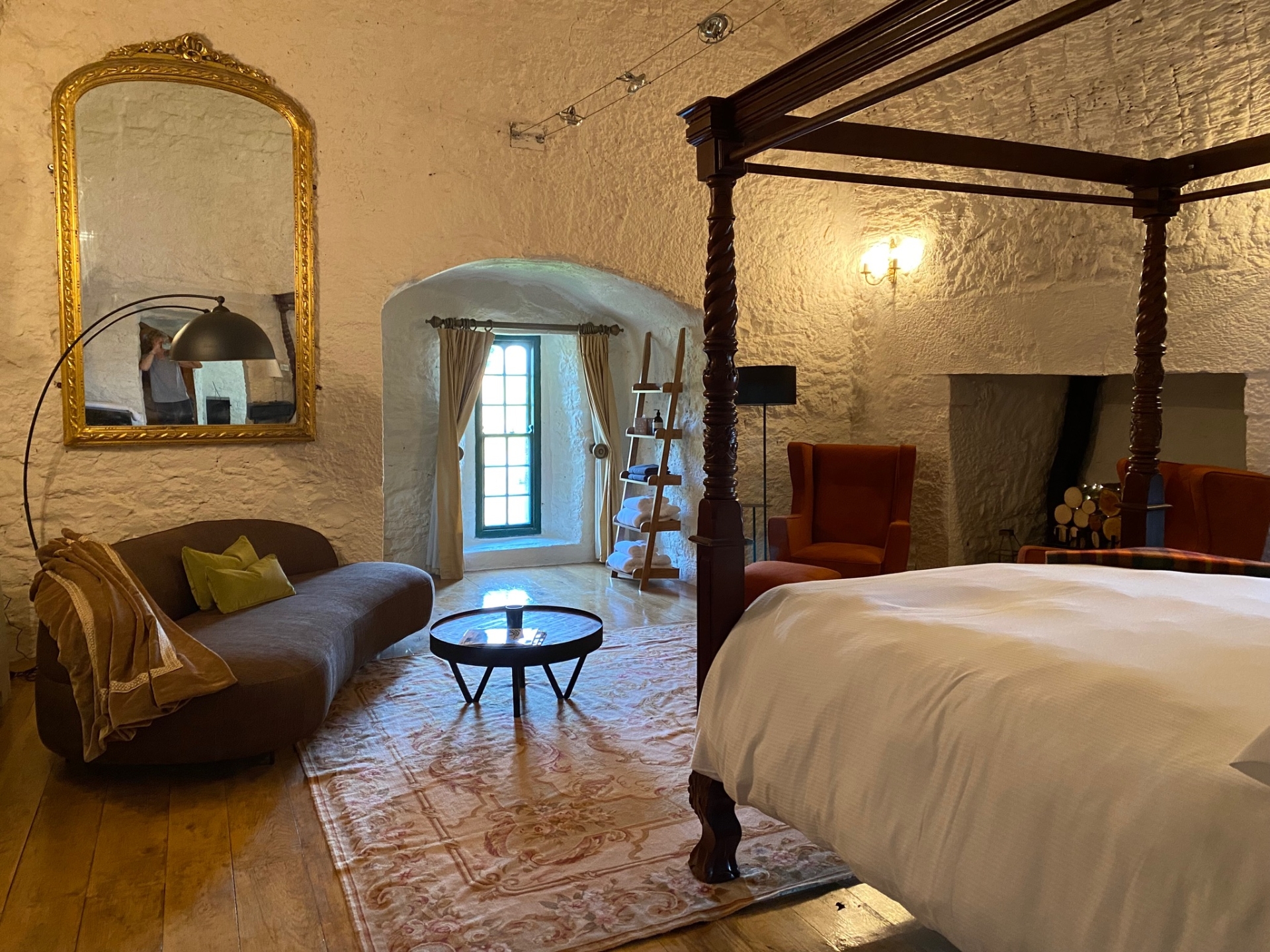 Continuing up the spiral staircase you come to La Chapelle, a small bedroom with a daybed.

The king bedroom is a massive bedroom with a super king bed on top.

The shower is right next to the bedroom and the toilet is a few steps below the bedroom. The castle can accommodate a total of 10 people. It combines the charm of the old with modern comfort.

There is a private entrance to the chateau and a beautiful courtyard with a fire pit, barbecue and seating. Just off the courtyard there is a fully equipped kitchen.

The owners live in the house adjoining the castle and are available at any time if needed.

Today, you can expect all the modern comforts of home in this wonderfully restored chateau, including wifi on all levels – and top-of-the-line heating to keep you warm while you sleep and eat like one. lord !

Want to spend a night? If you want to book, just search ‘Tybroughney Castle’ on Airbnb for all available rates and room options!

Take a look at the house the SC businessman got for $2.59 million