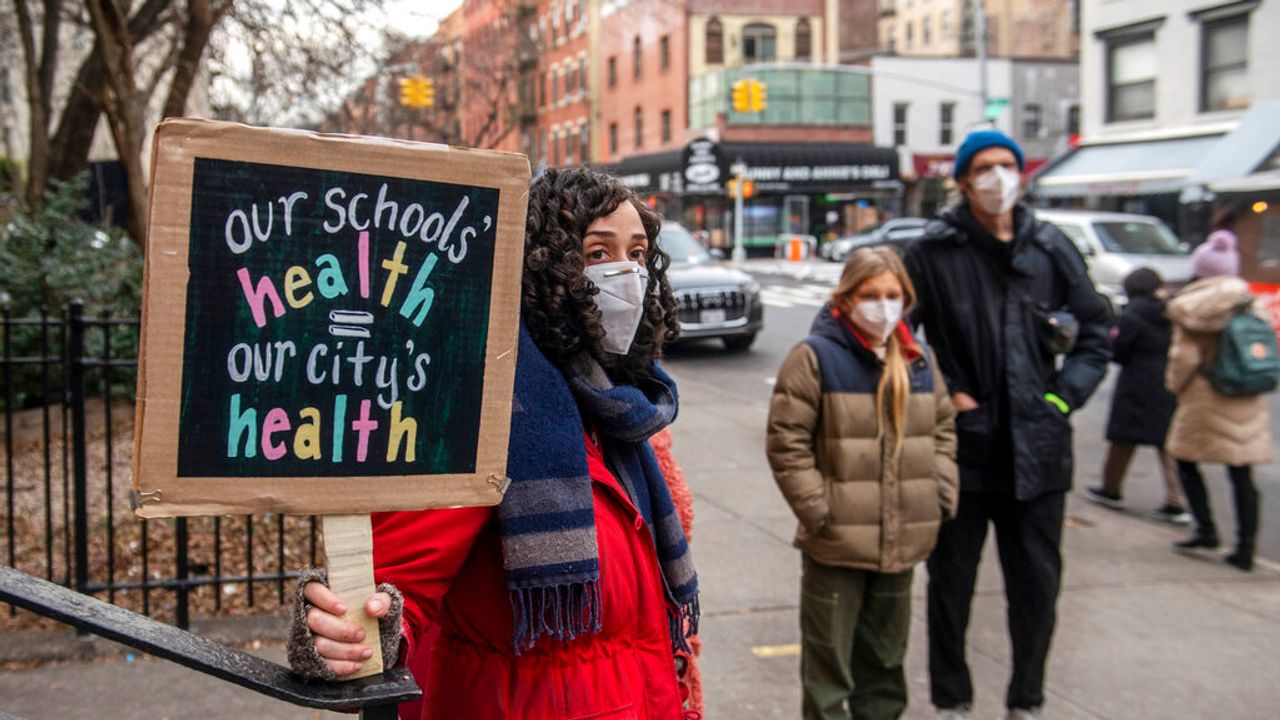 New York City is experiencing a new wave of coronavirus which includes the emergence of the BA.2 variant of Omicron. Earlier this winter, following the massive wave of New Yorkers being infected with the virus, New York City and State changed the way they track COVID-19 infections in accordance with Centers practices. for Disease Control and Prevention (CDC). The federal agency shifted from directly reporting community transmission to the level of risk related to other factors, including hospitalization data. The result was that the alert threshold was raised considerably everywhere. In the city, therefore, little data is available to track the spread of the disease, and the number of cases is almost certainly underestimated.

The widespread use of home testing kits – widely promoted by state and city governments, as opposed to PCR tests – has also undermined the public’s ability to accurately determine the true level of transmission in the region, as home tests are less reliable than lab tests. and since the results are largely not reported to any data collection agency. Additionally, the New York City Test and Trace Corps, an agency established in 2020 in the initial stages of the pandemic, well known for its initial inefficiency, officially closed this month, further impacting the centralized count of infections. At least one child is said to have recently died from the disease.

The city has been at the center of a relentless campaign to numb the population to the danger of the virus to remove all mitigation measures that negatively impact big business. Following the removal of indoor masking mandates in early March, including in schools, Democratic Mayor Eric Adams said that “[t]he best thing we can do to deal with COVID is get back to work… Let’s get our city up and running. While Adams temporarily backed out of scrapping a mask mandate for pre-K students in schools, the result of the city’s ruling establishment’s disastrous policies has been that New York is now suffering a wave of infection. , the true extent of which cannot be known until it is too late. Educators and parents are now reporting an increase in illnesses in schools across the city on social media.

Mary, a mother of four who lives in Brooklyn, spoke with the World Socialist Website after two of her daughters came home from school sick this week with COVID-like symptoms. (Three of his children live at home, while the fourth is an adult who has moved out.)

In October last year, Mary was targeted in a political effort by former Mayor Bill de Blasio’s administration to crack down on parents who refused to send their children back to school due to safety concerns. to COVID. The Children’s Services Administration (ACS) opened a neglect case against Mary, which threatened to establish the legal basis by which she could have lost custody of her children.

In January, Mary was forced to make the decision to send her children back to school in the face of the threat posed by ACS.

Mary has always been an opponent of ending remote learning in New York City schools, as well as reducing mitigation measures. She has also been a strong supporter of paid lockdowns for the working class to curb infection and save lives. During Omicron’s push this winter, she praised the brave student walkouts and protests across the city against COVID-19 safety in school buildings.

“On Sunday my twins started to feel bad. This week they brought home [COVID-19] tests, and they both came back positive. Since the start of the pandemic in 2020, my family has been extremely cautious. When the mask mandates ended, I told my kids they had to keep their masks on at school. We don’t even go out to the grocery store.

“I am totally outraged about this. Just a few months ago, the government was telling me that I was abusing my children because I wanted to keep them at home safe from a life-threatening illness that they were doing nothing to contain. Now my kids are sick of the very thing I was trying to protect them from the beginning.

“On Wednesday evening, my other child also started showing symptoms and my husband also started feeling sick. We isolated ourselves in separate rooms in our apartment. I was stuck in the kitchen taking care of them on my own.

“I’ve communicated with other parents and teachers, and I’ve heard that students are now getting sick left and right. But officials ignore it like it’s not a problem, like everything was as usual.

“Both [New York City Mayors] de Blasio and Adams were against keeping children away, but they weren’t exactly serious about the policy of preventing the spread of the pandemic in school buildings. It was all a sham. Just a month after Adams dumped the K-12 mask mandate, lying between his teeth that masking was somehow harmful to children, we are now at the start of a new wave. Our children are sick again. It’s completely, completely criminal.

“I read an article on the WSWS this week that pointed out that many politicians in Washington were contracting COVID themselves. In New York, Mayor Adams has it now, and this complete hypocrite goes to work from home as he condemns the rest of the population to suffer.

“All this talk they’ve been doing in the news about ‘living with the virus’ is BS Having to worry like this all the time, with the brunt of the situation falling on regular workers and their children – it’s not is not a way to inhabit.

“It’s completely insane. It feels like a bad dream. The efforts of those in power to keep people in their low-paying jobs show that they don’t care about human life at all. They don’t care. just don’t care.

“The workers are not doing well. We are now stuck with the double whammy of having to worry about sickness and rising prices. It’s crazy that in a few weeks you can pay 25% more than before for the same amount of groceries or gas in your car.

“Where is the money in society to help people? The US government can spend billions of dollars on weapons overseas, but it can’t even provide a decent quality of life for people in its own country. It’s not a conspiracy theory to say that it’s all about profit and money.

“We need social programs that actually work. Pay people to stay home, feed their children and stay safe. Distribute differential payments to offset rising food and fuel prices. Keep schools away. Save lives and end the pandemic once and for all. »