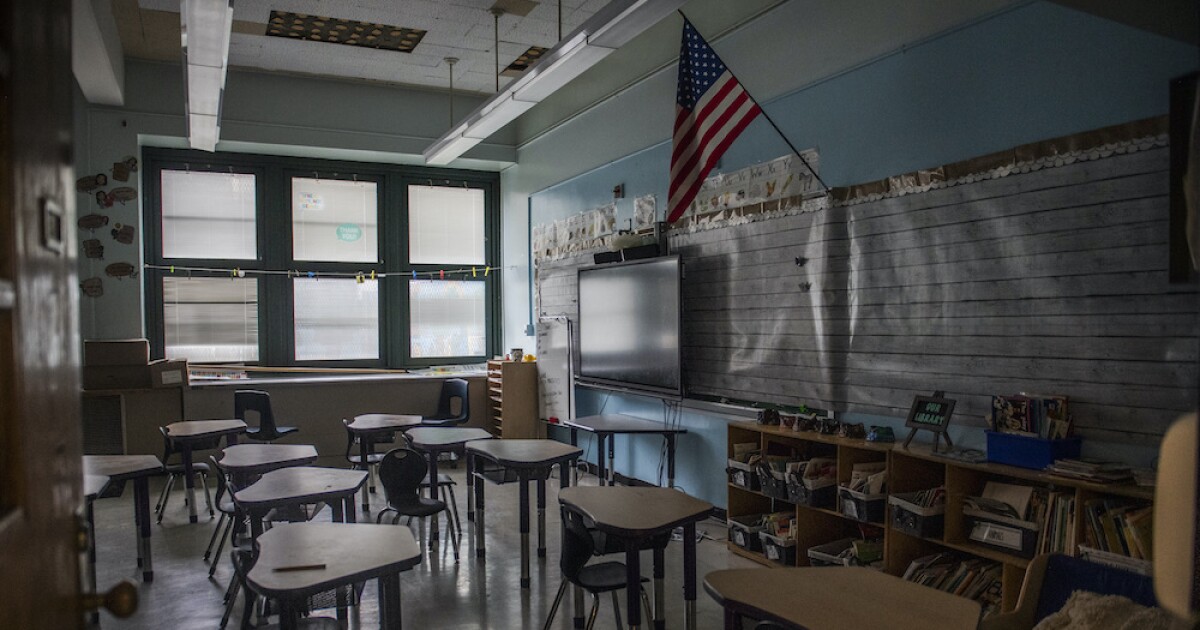 KANSAS CITY, Mo. — Kansas students may soon be allowed to transfer to any public school in the state, whether or not they reside in that district.

Open enrollment is part of a mega bill that has been sent to Governor Laura Kelly’s office, and she is expected to sign it.

If that happens, open enrollment would begin in Kansas in 2024.

“We feel really good about the package,” Kansas State Rep. Kristey Williams (R – Augusta) said. “We think it has a lot of good policies that help children, support success, and open enrollment is just one more piece of legislation that really focuses on the student and what’s best for them. the student. And we believe it was a compromise between the Senate, the House and the Governor’s office.”

Williams is the chair of the K-12 Education Budget Committee and has been pushing for open registration since the start of the session.

“Let’s open our borders and allow children to come and go and receive the best possible education. Remember that there may be a debate program or a group program or a bachelor’s program in some districts that really meets the needs of a Kansas student. Why wouldn’t we want them to have that? Williams explained.

However, not everyone is on board.

When the bill was introduced earlier this year, school districts like Blue Valley and Olathe, and even the Kansas State Board of Education issued statements addressing their concerns.

In separate responses and in open testimony sent to the committee, they said they believe the bill challenges the decisions of local school boards, imposes a financial burden on school districts and fears that taxpayers’ money premises does not finance the education of non-resident pupils.

Democratic state Sen. Cindy Holscher (D – Overland Park), who is a parent of Olathe Schools and voted against the bill, said while Williams’ statement is true, residents are still paying a “local option budget”, which are locally approved taxes that supplement the budget a school district receives.

“With these transferred students, the host municipality is the one that bears the burden of property tax. The district from which the students leave, that does not concern them. Again, this could be a very large property tax shift,” Holscher explained.

The final version of the bill requires each district to determine the number of nonresident students in each grade level by January 1, 2024. Students would have to apply for a nonresident transfer between June 1 and June 30 of each year , and districts are not required to provide transportation for nonresident students.

“Not everyone has transportation to get from their home on the street to a job, so again we have people pushing these bills that are probably not that close to reality and the situation in our communities,” Holscher said.

Additionally, the bill states that if the number of applications exceeds a district’s available capacity for that year, the district will randomly select nonresident students by July 15.

KSHB 41 News contacted the parents who did not want to be filmed but said they were concerned about the impact on student-athletes and also overcrowding in classrooms.

“In this bill, they are not required to expand classrooms outside of their nonresident school district, but they are required to make a good faith effort to review their past capacity by estimating their capacity and s ‘They have the ability, allowing students to get in,’ Williams said.

“Olathe Public Schools must be able to plan and prepare from year to year to best meet the needs of our nearly 30,000 students, adequate staffing for programming needs, and more. The project The proposed bill would allow parents to enroll students throughout the year, making planning difficult.Furthermore, because of this, a district may not receive the financial resources necessary to ensure that Appropriate programs and resources are available to support the learning outcomes of all students.We have a limited number of opportunities available for students, from different locations sports teams to participating in district activities and more. is to the students who reside within Olathe public school boundaries, and as such, we must prioritize meeting their needs and preparing them for their future.

We opposed the bill for the following reasons: