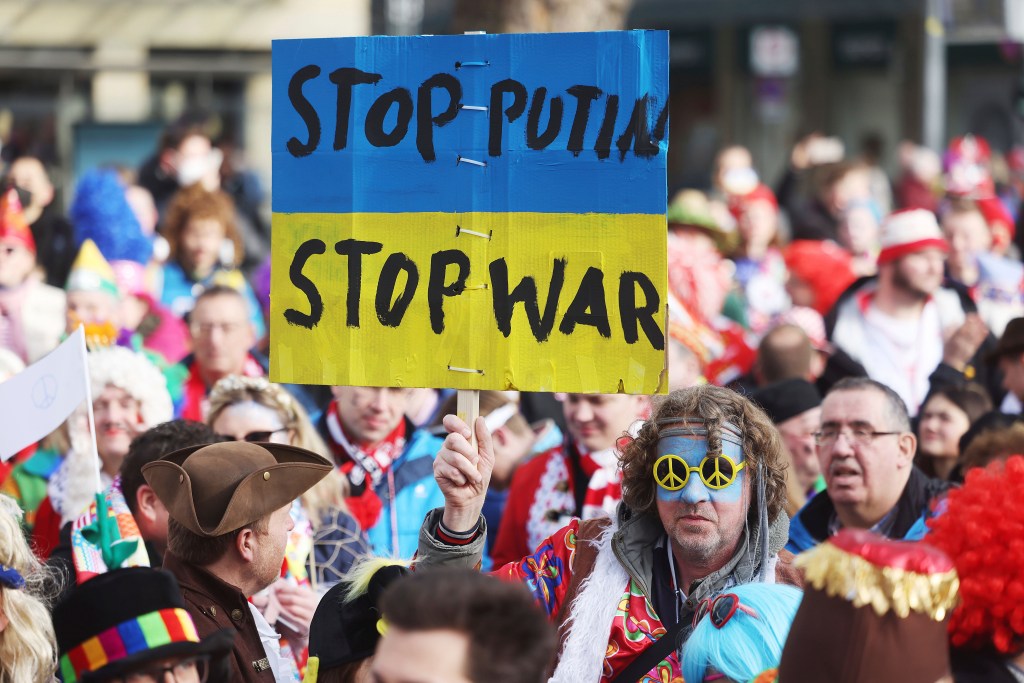 Around the world, nations showed their support for Ukraine as thousands turned out over the weekend to protest the Russian invasion.

In Russia, from Moscow to Siberia, Russian anti-war activists took to the streets again on Sunday to protest the Russian invasion of Ukraine, despite the arrest of hundreds of protesters each day by police.

According to rights group OVD-Info which tracks political arrests, police arrested at least 2,710 Russians in 51 cities for anti-war protests on Sunday, bringing the total of those detained for four days to nearly 6,000. .

Four days into the fighting that left dozens dead, Putin dramatically raised the stakes on Sunday, ordering Russia’s nuclear forces to be on high alert, citing Western countries “taking hostile action against our country in the economic sphere” and “senior officials of the main NATO members have made aggressive statements regarding our country.