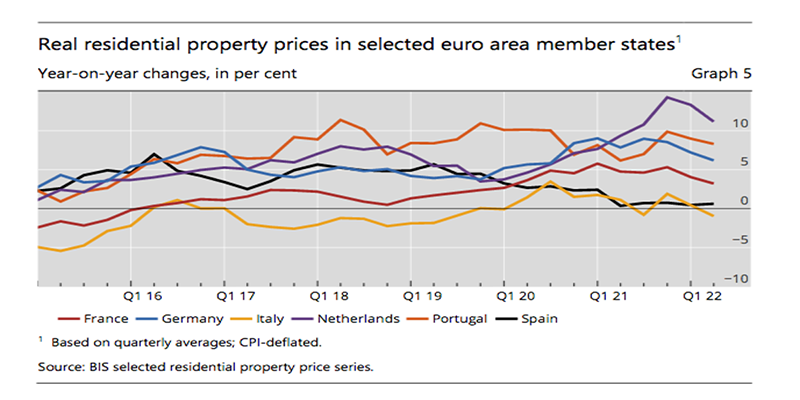 Real estate bubble ? Not in Spain

According to a report by the Bank for International Settlements, global real house prices increased by 4.6% year-on-year in the first quarter of 2022. This strong growth in real terms reflects a surge (+11.2%) in nominal terms – the first double-digit recorded since the eve of the Great Financial Crisis – partly offset by the acceleration in consumer price indices.

In real terms, global house prices are now 29% above their immediate post-G FC average levels. They increased by 41% in the AEs and by 19% in the EMEs.