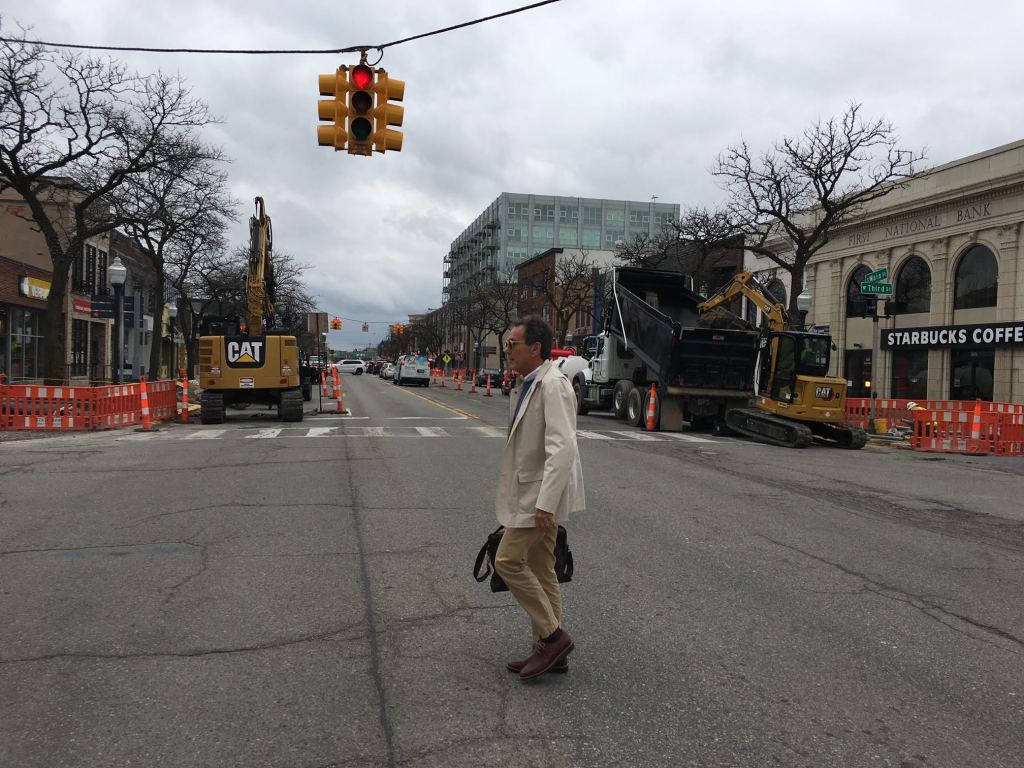 Royal Oak City commissioners on Monday are set to approve ballot wording that will ask voters in November to renew the city’s road mileage.

The 2.5 million tax was first approved by city voters in 2014 and will expire after the next fiscal year.

The ballot language for the mileage has already been approved by the state attorney general’s office.

City Engineer Holly Donoghue said the mile brings in about $7 million a year for needed annual improvements along the 51 miles of major and local roads the city is responsible for.

“We are close but a bit below the average national road rating,” she said.

Since city voters approved road mileage, the average condition of major and local roads in the city has improved.

Road condition is most often rated using what is called the Pavement Surface Evaluation & Rating (PASER) system, which assigns a number from 1 to 10. Ten is best.

Royal Oak had no mileage to support local road improvements for over 20 years prior to 2014.

The city’s average road rating was rated at 4.63 at that time. Since then, the average has risen to 5.08.

According to a recent MTAMC Reportthe share of good roads statewide stands at 25.8% and is now the highest since 2005. Nearly 42% of roads in the state are rated in good condition and 33% are in poor condition.

Some of the worst stretches of road in the city currently include Main Street north of 12 Mile Road, Gardenia, Catalpa, Normandy, Fourth Street, 11 Mile Road and Coolidge north of 14 Mile Road, she said.

The city has a map of future and current road improvements online at romi.gov/roadrmillagerenewal.

While Royal Oak and communities across the state get funding for local roads through the state’s gas tax, city officials say that’s not enough to cover the cost of all the work to be done, even with federal grants.

With the city’s road mileage, “we’re tackling arteries that wouldn’t normally receive federal or state funding to fix them,” City Manager Paul Brake said. “The important thing is to preserve what we have. If you take care of something, it will extend its life.

“Making repairs costs a lot more than maintaining what you have,” Brake said.

Additionally, she said the plan is to use $1 million per year of road mileage to cover the cost of required sidewalk improvements along major roads and in residential neighborhoods beginning in 2026 that adjacent property owners still have. paid in the past.

Living in Paris as a person of color