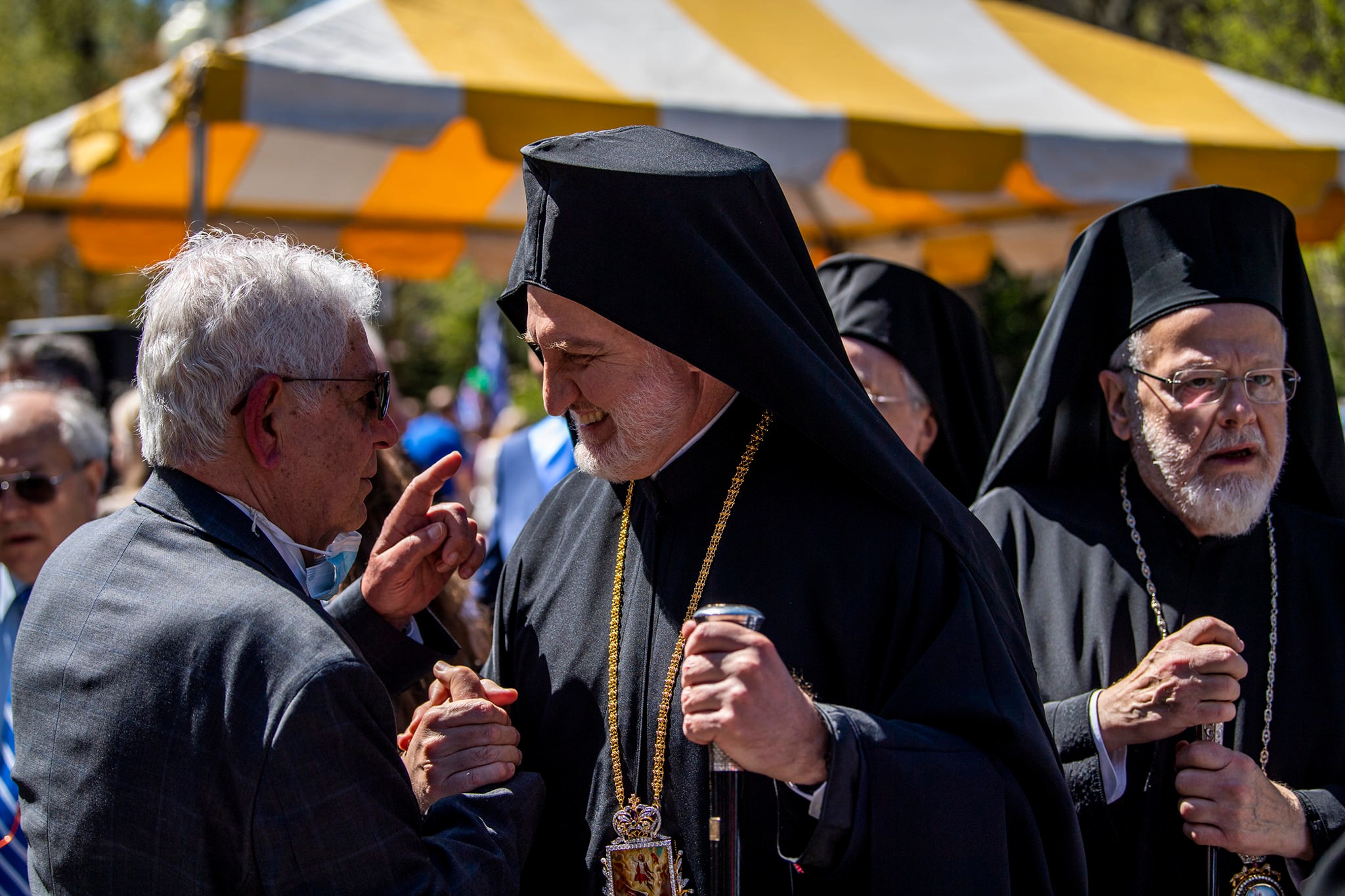 The Archbishop of America marched in the Boston Greek Independence Parade

On Sunday, May 1, 2022, Archbishop Elpidophoros of America visited the New England Greek Orthodox Cathedral of the Annunciation in Boston, where he concelebrated the Divine Liturgy with Metropolitan Methodios of Boston, Bishop Athenagoras of Nazianzos and the Dean of the Cathedral of the Annunciation, Fr. Thomas Chininis, and went to Boston’s Greek Independence Parade immediately afterwards.

In his address, the Archbishop said, “What we are celebrating today is truly in line with our Easter affirmations. We call the resurrection of our Lord Jesus Christ “Άνάστασις”, which literally means “to rise again”. For the dead are lying on their backs, lying flat on the ground. But getting up and standing, my dear friends, is truly a miracle.

“And that is exactly what happened in 1821. The people of Greece rose again and began the long battle to regain the integrity of their faith, culture, language and territory. .”

Also present for the liturgy were Greek Minister of Justice Kostas Tsiaras, who delivered remarks at the end of the service, MP for Thessaloniki Dimitrios Kouvelas, Mayor of Kalamata Athanasios Vasilopoulos and Consul General of Greece Stratos Efthymiou.

During a brief reception at the cathedral, Mayor Vasilopoulos presented the Archbishop with a handcrafted commemorative medal for the bicentenary of the Greek Revolution, as well as the seal of the city of Kalamata depicting the Church of the Holy Apostles, where The Greek Revolution was first declared in 1821. Mr. Vasilopoulos also announced that the Archbishop would receive honorary citizenship of Kalamata on February 2, 2023, during the annual celebration of Panagia Ypapanti. Previous winners include Greek President Katerina Sakellaropoulou (2022) and the late composer Mikis Theodorakis (2021).

In the afternoon, sunny skies and warm weather heralded the parade and lively onlookers gathered along Boylston Street to cheer on the creative bands and floats, Federation Evzones and participants from across the New England. In addition to Metropolitan Methodios, Bishop Athenagoras and esteemed dignitaries from Greece, attendees included Boston Mayor Michelle Wu, Governor Michael Dukakis and Senator Leonidas Raptakis of Rhode Island.

The celebration culminated at the Boston Commons, where the Omogeneia and park visitors enjoyed music and traditional dance performances by seven different New England Greek troupes.