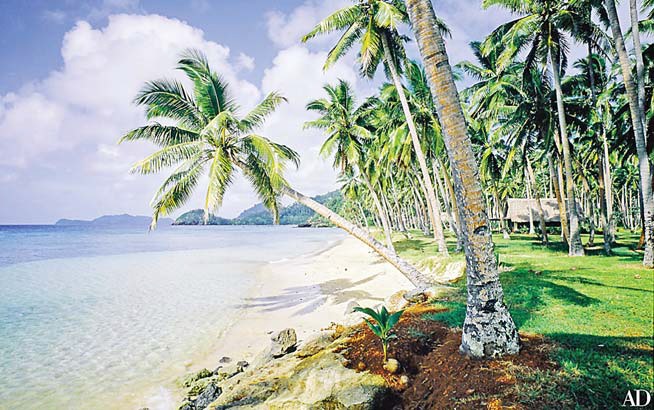 A New York publisher, Malcolm S. Forbes, bought the island of Laucala for US $ 1 million (2.1 million F) and was to develop it as a South Pacific meeting center for leaders of business.

Directors of Morris Hedstrom Ltd in 1972 told Suva that Forbes bought the island through a company on behalf of Fiji Forbes Inc.

They said they intended to redeploy the surplus resulting from the sale of Laucala Island back into the Fijian economy and that another announcement on this was due at a later date. Laucala Island, located northeast of Taveuni, covers 3,017 acres and was developed as a coconut plantation.

There was also a large herd of cattle on the island. This Tuesday March 21, 1972 newspaper featured an article about Forbes’ purchase of the island as a hub for South Pacific business executives. Forbes (53 at the time) was president of Forbes Inc., the publisher of Forbes Business magazine, which had a bimonthly circulation of over 600,000 copies in 1972.

He had visited Sydney earlier that year in his private Convair plane after spending some time in Fiji and the sale of Laucala was negotiated by Robert A. Hunter of South Sea Lands Ltd, Suva.

AAP-Reuter reported from New York that Forbes said the island’s copra plantation will remain in operation and work will begin immediately to build an airstrip on the island.

â€œWe will develop plans for the island for potential use by US business executives, both with permanent hosting sites and facilities for South Pacific meetings,â€ he said.

â€œMany companies had divisions that were operating in the Pacific region and we will have facilities available for management meetings. “

Forbes said he had similar facilities in other parts of the world at the time, including Battersea House in London, Chateau de Balleroy in Normandy (France) and a palace in Tangier (Morocco). He also owned a 178,000-acre property in Colorado, one of the largest in the United States. Forbes said during the trip to the Pacific where he began negotiations for the purchase of Laucala Island, he also initiated real estate transactions in Tahiti and Bali. He said he was also negotiating for property in Australia, but declined to give further details.

“The 200 Fijians living in Laucala would all stay there because the company would continue to operate copra,” Forbes said.

â€œWe will probably employ more Fijians as our own plans develop. “