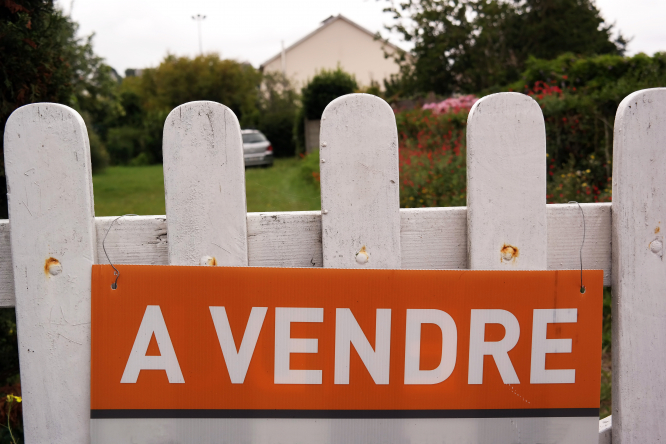 The market for second homes in France continues to boom after parts of France saw double-digit price rises in one year (January – December 2021) as people seek green havens after Covid lockdowns.

Read more: Map: Where French rural property prices have risen (and fallen) the most

Brits aren’t put off by Covid or visas

Despite fears over Brexit changes, UK buyers remain a big chunk, often on a mission to find a property they can easily drive to in a day.

Joanna Leggett, estate agents at Leggett Immobilier, which has a network of offices across France, said: “We were concerned that the 90-day rule would have an effect, but with the extended stay visa, the people who want six months in France and six months in the UK are happy.

“Then came Covid, and we thought that would put people off because of the difficulties in crossing borders, but instead it made people want to buy second homes, and France, which is the most close to Great Britain, is very attractive.”

Read more: Residence visa for France: How to prove that we are the owners of our secondary residence?

She said post-Covid shoppers are much more concerned about broadband than before in order to be able to work remotely.

“It’s often first on a shopper’s list, even before ‘walking distance to a bar,'” she joked.

[Editor’s note: French residents with a second French home may work remotely in many situations, however Britons coming over to France on a visa should take care that working while in France is allowed by the provisions of their visa.]

The Calvados market is booming

The Calvados department in Normandy, conducive to the maritime stations of Cherbourg, Le Havre and Caen, is on the list of eight departments identified by the online real estate agency platform SeLoger as having a booming second home market in 2021 and in the first half of 2022.

The agency has published a list of departments and their municipalities where price increases for second homes have been the highest.

It shows prices in Calvados rising by 8.4% between January 2021 and January 2022 to reach an average of €2,964/m², with the three seaside towns of Villers-sur-Mer, Cabourg and Trouville-sur-Mer recording the biggest increases.

Ms Leggett said the limit for UK buyers and other northern European buyers who want to drive to their holiday homes in one day has moved south.

“The cut-off line used to be the Loire Valley but now many go down to Charente and Charente-Maritime, and some even down to Dordogne.”

Average second home prices in the Dordogne, a long-time favorite of UK residents and second home owners, rose 7.1% last year to €1,533/m², with the commune of Saint-Cyprien recording the greater increase.

The French snap up second homes

Agents there have been reporting for a while that there are more French buyers of second homes than before.

“The Dordogne is just as popular with Brits and other nationalities as it has ever been,” Ms Leggett said. “But residents are snapping up properties as soon as they hit the market.

“International buyers must have financing and be prepared to act quickly.”

Richard Dannreuther of Euro Immobilier and Town and Country Property France, based in Chalais (Charente), said the post-Covid rush for second homes was extraordinary.

“The French in Paris and Bordeaux rushed in and bought just about everything.

“We had homes that had been on the books for eight years, and they’re gone. Now we are looking for properties.

The south coast retains its appeal

Elsewhere in France, the Mediterranean playgrounds of the south-east retain their appeal for most second-home buyers despite high prices, according to SeLoger.

Cannes (Alpes-Maritimes) was the commune with the second highest percentage increase in prices for second homes in France, at 26.1%, which means that houses sell for €5,493/m² in the old fishing village, which is now a second home for many high-profile French stars.

However, the municipality with the highest percentage increase in prices is located at the other end of the Mediterranean coast, in the Pyrénées-Orientales.

The country of skiing has the highest price per square meter

Chamonix-Mont-Blanc in Haute-Savoie, scene of James Bond’s skiing and gambling exploits, is the most expensive of all for holiday homes, with an average price of €8,300/m².

Another survey by the Mercure real estate agency, which specializes in high-end second homes, paints a similar picture.

He said overall sales of second homes increased by 7% in 2021, bringing the number in France to around 3.6 million, with the trend continuing in the first half of 2022.

“We can expect a slowdown in the second half of this year in the context of the war in Ukraine and the rise in inflation, but in general people who have money are always ready to spend it. in real estate,” said Olivier de Chabot. , CEO of Mercure.

Demonstrations on second homes in Brittany: “But we buy houses that the French do not want”