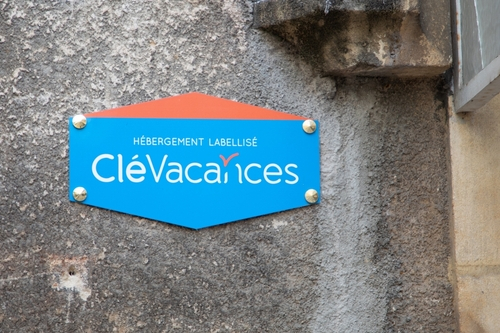 Owners of bed and breakfasts, gites and vacation rentals in France are writing to their MPs and senators about recently received letters from music royalty claiming €198.01 excl. VAT (€223.97 excl. VAT) per year for music played on the spot.

The Society of Authors, Composers and Music Publishers (Sacem) sent the letters stating that: “If you have a broadcasting device – radio, television, CD player – you must register to pay our annual tourist accommodation in compliance with the rules.”

Hotels have to pay royalties – Copyright – play music at home but they are not alone.

According to the Sacem website, the fee also applies to “bed and breakfast, lodgesand furnished holiday rentals”.

There is a 20% discount for owners who have previously declared their use of broadcasting devices, specifies Sacem.

It initially appeared that the charge covered all music-playing devices in bedrooms and common areas.

However, the government has since confirmed that it only applies:

Christian Biancaniello, president of the association of holiday rental owners Clévacances France, told La Dépêche: “The amount does not seem at all proportional to the devices that travelers can use.

“This sum is unfair given the type of activity we pursue. We’re not saying artists shouldn’t be rewarded” for their work, Biancaniello added, “but you can’t compare a large hotel network to a vacation rental or a guest rooms.

“The levy imposed does not take into account the size of the accommodation, its opening hours, its rates per night or the rental costs.”

However, if the owners do not pay, they receive another letter reminding them of the need to be in “legal compliance” with the relevant regulations and threatening to take the case to the Court of Cassation. Owners who still refuse to pay face a fine of up to €300,000.

Members of Clévacances wrote to their deputies and senators on this subject, arguing that: “We are emerging from two years of pandemic and since 90%, even 95%, of our owners of seasonal rentals are non-professionals, they have had bear the pause of the activity without assistance.

They added that this new charge comes against a backdrop of “double taxation, increasingly stringent tax reforms and regulations” and “is starting to be too, far too much”.

Sacem defends the rules of copyright

Sacem did not respond to recent requests for comment, but had previously told Le Parisien: “Our operations are legal, they respond to a project of public interest and registered in the Intellectual Property Code.

“When copyrighted works are broadcast – either directly or in the form of recordings (in a commercial setting such as a vacation rental), it is an act of communication to the public that is subject to copyright rules. .”

The fee imposed by Sacem is calculated on the basis of the assumption that the premises will welcome guests for 105 to 110 days per year on average, which means that the owners must pay €2 for each of these days.

Back to reality: no one can live solely on the income of a bed and breakfast in a French castle

Medieval castle restored by the Kilkenny family after years of work – and now welcoming guests!