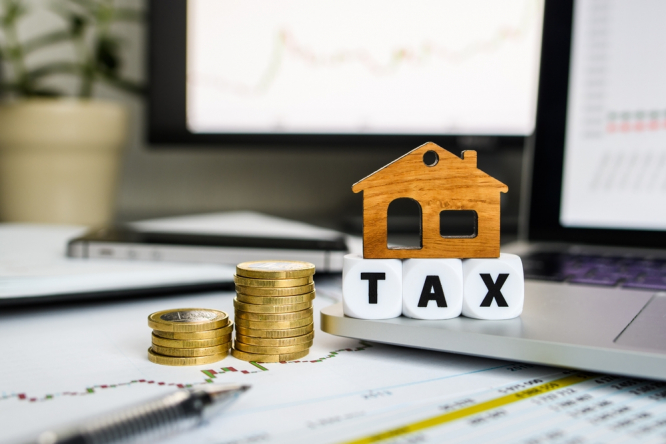 Many cottage owners are charged housing tax on the properties as they cannot prove that they were not available for personal use on any day of the year.

A couple faces a bill of more than €10,000 and says they are forced to close if no solution is found. Our research shows that the problem is widespread in Brittany, especially in Finistère.

The couple, in their fifties, who set up a business with several gitesreport that after years of only paying CFE business tax and property tax, they have received a letter from the tax authorities stating that they will be charged for council tax, retroactive to 2021.

The letter, shown to The connectiondeclared having the goods “at their disposal” on January 1, 2021, the eligibility test, and even the goods used for the furnished vacation rental can be taxed if there is no proof before January 1, 2021 that the owners were “totally deprived of personal use”.

They were told to wait for a bill but they could ‘comment on’, said one of the couples, who asked not to be named. She said she knew others cottage owners who had also been charged but whose objections were not accepted because they could not prove that their accommodation was available for rent 365 days a year.

Properties used in part for vacation rental may be subject to housing tax though personal use is reserved, but the couple said this strict attitude was new to them.

Payment of business tax – they also have a registered rental business and pay business social security contributions – had previously been accepted as proof that they did not use them personally. Town halls can optionally vote to exempt all properties used as guest rooms and tourist accommodation from this tax, but only in designated “rural revitalization” (ZRR) areas, to which are added in theory only tourist accommodation classified under the star rating system.

“Classified” rentals of a person’s main or secondary residence may also be exempt from CFE if the town halls do not vote otherwise.

“We live opposite the gites so there would be no reason to use them,” the owner said.

The properties are not in a ZRR and likely won’t benefit from the CFE exemption, but even if they did, the couple would still have thousands of dollars as it amounts to far less than council tax.

Their accountant thinks the tax offices are exploiting the “loophole” to levy more taxes. “It seems that we are not even allowed to close one day a year. It doesn’t matter if you are going on vacation or if you want to renovate. We invest heavily in our gites and few people want to vacation in Finistère in winter.”

She had heard that it was a trial in the department before a possible deployment.

The owner said she faces competition from people renting through platforms such as Airbnb, which she says often don’t have the same overhead. Often Airbnb users rent all or part of their main residence, and in some cases do not pay CFE or contributions.

Housing tax is no longer levied on most principal residences and will be abolished for all from next year; it remains for second homes. In certain areas under strong real estate pressure, the town halls can choose to increase their share of the tax on these from 5 to 60% (a part can also go to an intermunicipal authority).

Read more: French housing tax: Who is totally exempt in 2022?

The owner said he may seek to change his business position so that the properties fall into a different category, such as tourist residences.

Surveys among others cottage owners of the department, a significant number have received letters relating to housing tax from the 2021 tax. In a few cases, the tax offices have accepted the “observations” and removed the levy, but in many other cases they have not. Some have gone to court but without confirmation of a successful challenge so far.

Apparently the evidence that the cottage was released on January 1 of the relevant year might help.

We asked central tax if they wanted to comment on claims that this is an intentional policy being tested in Finistere.

Can I rent my renovated outbuilding to a student in France?

Do we have to pay the residence tax if not in the French house on January 1?