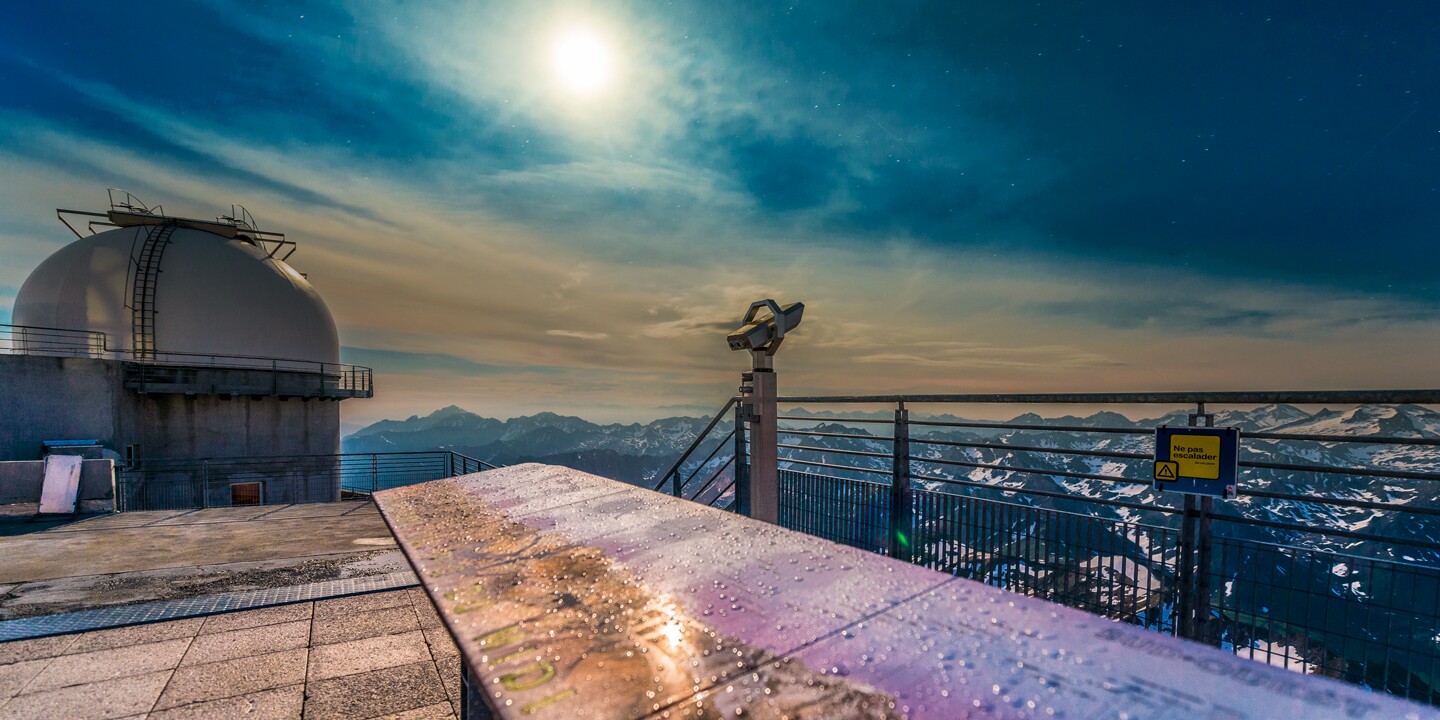 Where to go stargazing in France

In July 2021, the City of Lights went dark – or at least it was supposed to. France’s environment ministry, which aimed to make the country a dark-sky pioneer, had issued a decree requiring all shops and offices in Paris to turn off their lights at night. But the law, originally introduced in 2020, has been ignored by many big fashion companies and brands, which use their neon signs in the City of Lights as free advertising.

Enter the Parisian parkour collective and guerrilla activists, On The Spot, who have decided to take matters into their own hands. Its members scaled walls and scaffolding to turn off neon signs themselves, a rebellious act that helped raise awareness of the city’s light pollution problem.

Dubbed “Lights Out Paris”, the movement eventually spread across the city. Authorities even darkened the Eiffel Tower, replacing light bulbs and spotlights with modern LED technology, which reduced energy by up to 80%, and reduced the twinkling effect of the tower from 10 to 5 minutes per hour.

It’s all part of the larger Dark Skies movement, which started in the southwestern United States in the 1970s but has taken off globally in recent years, with a constellation of new sky reserves certified stars that are opening in places like Israel, Croatia, Brazil and Japan. . Europe, the most light-polluted continent, has jumped on the night sky preservation bandwagon, led by France.

France’s four dark sky reserves – Réserves de Ciel Etoilé or RICE for short – form a necklace in the southern half of the country where the skies are generally clearer. These are dream locations during the autumn meteor showers – Orionids (September 26 – November 22), Taurids (September 28 – December 2), Leonids (November 3 – December 2) and Gemenids (November 19 – December 24) – and also parks worthy of a destination where you can appreciate the great biodiversity and nature of France under the stars. Here’s everything you need to know about France’s Dark Sky Reserves.

The Alpes Azur Mercantour Dark Sky Reserve is located in Provence, about 30 minutes northeast of Nice. The 888-square-mile reserve was designated a Dark Sky Reserve in 2019 – the third in France – and is home to a particularly diverse set of nocturnal creatures, including wolves, fireflies, bats and moths. Also part of the reserve are: 75 municipalities that follow strict light emission rules, allowing more than 3,000 stars to be observed here.

Since the 19th century, the region, which includes the Mercantour National Park, has been considered an epicenter of astronomy. There is thus a network of six professional and amateur astronomy sites, including the ruins of the Mont Mounier Observatory, the Plateau de Calern and the Vallon de la Moutière, which houses a hypertelescope.

Even the famous beach clubs of Saint-Tropez, located in the village of Ramatuelle 30 minutes from the park, have transformed from party zones to plastic-free places that strictly limit light and noise pollution.

In 2019 the government forced club owners to rebuild the historic 27 beach clubs, removing four clubs in the process, to help reduce light pollution. The 23 new clubs – La Reserve, Cheval Blanc and Byblos, to name a few – have been built with sustainable kit materials, have banned plastic altogether and have strict light emission laws. While swimming and sunbathing are still the main focus, they have become romantic places to watch sunsets, full moonrises and meteor showers.

White Earth: About 20 minutes from the park, Terre Blanche is a low-key luxury resort set on a rolling slope planted with native Provençal plants like Aleppo and maritime pine, wild thyme and lavender. The property is a leader in dark sky conservation: it uses motion sensors throughout the resort, dims all trail lights at night, and has built lightless migration corridors for nocturnal animals, among other things.

The resort’s villa terraces are geared towards stargazing, and at night the lights automatically turn off, allowing travelers to keep an eye out for red dwarfs and blue supergiants (while sipping a glass of local rosé, of course). ). In addition, Terre Blanche’s two 18-hole golf courses, which occasionally host stargazing events, are arguably the greenest in the world: they are 100% organic and pesticide-free and, soon, they will be completely without light.

The sprawling 1,148 square mile Cévennes National Park was designated an International Dark Sky Reserve in 2018. Located on the southeastern flank of the Massif Central, a mountainous region of mountains, plateaus and hills , densely wooded with old-growth forests – the park is also a UNESCO Biosphere Reserve with 2,300 plants and 2,410 animals, more species than anywhere else in France.

Hiking, wildlife viewing, camping, canoeing, and rafting are popular, but stargazing is on the rise. Astro-pilgrims are particularly drawn to the Mont Aigoual meteorological observatory, where amateur astronomers regularly gather for informal stargazing hikes, to spot comets and meteors, or simply to get a better look at the belt of Orion.

The park partners with organizations that offer dark sky-friendly accommodation ranging from furnished bivoacs, cabins and campsites to lodges (small vacation homes) and bed and breakfasts. You can even sleep in a glass pyramid or embark on a six-night star-focused mountain journey with donkeys.

The Pic du Midi Reserve in the Pyrenees, certified Dark Sky Reserve in 2013, offers nighttime programs for visitors who want a deep and intimate connection with galaxies and other celestial objects. The wheelchair-accessible reserve is accessible via a cable car from La Mongie, at the foot of the Col du Tourmalet, and is home to an astronomy museum, planetarium, mountain bike trails and a traditional restaurant serving trout and lamb local. If the park is a refuge for bears, lizards, capercaillies, chamoix and bearded vultures (the largest raptor in the region), it also serves as a summer pasture for cows, source of Pyrenean tommes.

The Pic du Midi partners with the NGO Starwatch Group Ferme des Étoiles to bring guests to the observatory for nighttime experiences. Guests stay in comfortable rooms designed for visiting astronomers and climatologists and begin with sunset cocktails, followed by a chef’s tasting dinner and astronomy session at the Charvin Dome Observatory where the 400mm Smith-Cassegrain Telescope awaits (single rooms from $469). You can have a less ornate dinner at the top of the mountain for $29. La Ferme des Étoiles also offers seven to nine day astronomy camps for children 8 to 17 years old.

This park, designated a Dark Sky Preserve in 2021, is located in Limousine, marked by a moody landscape of heather moorland, bogs, wetlands and old hardwood forests home to otters, pearl mussels, blue-eyed wetlands and linnets. The birds and flora are particularly diverse, with white-tailed eagles, nightjars and larks flying around sphagnum moss and sundews. The park is also one of the best places to view the Milky Way with the naked eye; the average measurement of night sky brightness at the zenith here is 21.6 mag/arcsec, which in layman’s terms means it’s so dark you can see the glow of distant stars.

Those who spend the night stargazing are spoiled for choice: Park-affiliated accommodations include a ranch, donkey farm, lodges, self-catering lodges and cottages. Creatives can also seek out the artist’s residence on Île de Vassivière, a remote, forested lake island. Paid residencies aim to bring artists to the park to raise awareness of the vanishing night sky and illustrate nightscapes so that stargazers can enjoy the wilderness of our universe for generations to come.

With plummeting prices, is commercial real estate an opportunity?